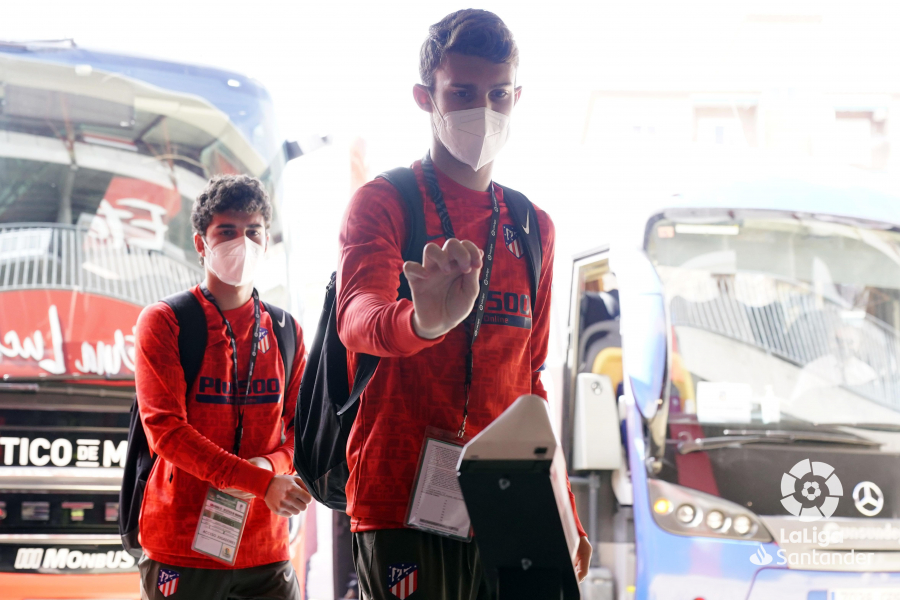 On 10th March 2020, SD Eibar played Real Sociedad in a match that turned out to be the last LaLiga Santander fixture for three months, as the coronavirus pandemic forced lockdowns across the world. One year on, the enforced health restrictions continue to cause disruption to the sports industry but according to new figures, LaLiga clubs are managing the effects better than most.

The impact of COVID-19 on Spain’s professional clubs has not been as severe as some had expected thanks to the presence of economic control, the system created by LaLiga in 2013 which ensures clubs follow sustainable long-term finance practices.

“It’s important to compare our situation to other leagues that have suffered the impact of COVID-19 just like we have,” commented LaLiga President Javier Tebas. “We can see that their cutback in income has been greater and that’s not by chance, it is based on the strategies we follow. The work carried out by all the clubs has been excellent and they’ve been able to adapt.”

Absorbing the shock of COVID-19
According to an independent study that was carried out by PricewaterhouseCoopers and that used LaLiga’s financial data from the past five seasons, the aggregated incomes of LaLiga clubs would have increased by 8.2% and 2.0% in the 2019/20 and 2020/21 seasons respectively, had there been no pandemic and had the trends of recent years continued.

Across the two seasons, this would have led incomes of over €10.4 billion but the effects of the pandemic mean that estimated final takings will be around €8.4 billion, representing a reduced income of around €2 billion. However, the combined actions of LaLiga and clubs to manage immediate finances has ensured that the final net impact will be approximately half of this figure, just over €1 billion.

Managing commercial incomes
The PwC report reviewed which areas of income have been hit the hardest, unsurprisingly finding a major impact on matchday income. With stadiums in LaLiga closed for the last year, expected matchday incomes have dropped 72% in the current season, with the only income coming from bonuses to clubs competing in European competitions.

In other areas, LaLiga has ensured minimal losses for clubs through a series of measures. Creating a strict series of health protocols that allowed the competition to resume safely in June 2020 has been a significant part of this.

Meanwhile, LaLiga has maintained its close partnership with sponsors and broadcasters to ensure that their needs were met, resulting in a several positive outcomes.

Thanks to a 5% increase in long-term sponsorships last season, for example, the decline in commercial incomes from merchandising and stadium operations has been offset.

Audiovisual revenue, which represents the largest proportion of club incomes, has also been protected to the greatest possible extent, with the report finding losses were less than 5%. This is particularly significant when compared to other European competitions. As Guerra explained, figures suggest that Europe’s other big leagues suffered losses between 13% and 30% of audiovisual income.

“[The fact that audiovisual revenue decreased by such a small amount] confirms that the strategy we implemented, in terms of working very closely with our broadcasters and all our suppliers, ensured the impact was minimised as much as possible both for LaLiga and, therefore, for the clubs of LaLiga,” he commented.”

On the ways in which LaLiga and clubs have adapted to support commercial partners, Guerra explained: “We are generating new platforms and new content for partners so that they can maintain contact with LaLiga fans. To a certain extent, they are able to minimise the impact that they are suffering.”

Clubs were able further soften the financial blow by utilising profits from previous seasons and achieving access to new financing. LaLiga has struck deals with financial institutions to provide easier access to loans, particularly for LaLiga SmartBank clubs. This is allowing clubs to maintain cash flow and to continue investing in infrastructure.

Cutting costs responsibly
While these efforts helped to prevent revenues from falling as much as might otherwise have been the case, significant efforts were still required at the club level. Naturally, the biggest expense to manage was that of playing staff, where contracts had to be considered against suddenly reduced incomes.

In this area, LaLiga clubs have the unique assistance of economic control, through which the league reviews the finances of every club and establishes a squad cost limit. By following these measures, which considered the impact of COVID-19, LaLiga clubs were able to adjust their spending plans before the transfer market opened.

The impact of this can be clearly seen in an analysis of spending in the past two transfer windows. In LaLiga, clubs spent €458m on new players, a decrease of 67% compared to the year before and a far greater drop than in other major European leagues.

“Contrary to what I have read about our market, this is a positive sign in times of financial difficulty for the football industry,” Tebas said. “It’s not a good idea to undertake investments that you can’t pay for or that might put you into a lot of debt. Clubs have very responsible in this regard.”

According to the PwC report, clubs were also able to reduce playing squad expenses by €470 million in the past two seasons, with some clubs having negotiated salary cuts or deferrals with playing staff.

Reasons for optimism
When Tebas assumed the LaLiga presidency in 2013, one of his principal objectives was to establish new financial measures for Spanish clubs to ensure that spending remained in line with income and unsustainable debt was not created.

Having reduced debts to record levels in recent years, economic control was showing its value, but the past year has underlined the crucial role that such a system plays in football clubs’ future. LaLiga’s economic control ensured clubs entered the coronavirus crisis in a healthy state and will exit the pandemic with financial sustainability intact.

“This challenge has proven that LaLiga is very solvent, that our economic control regulations have worked and that the clubs have been very responsible when it comes to complying with regulations and making their clubs sustainable,” Tebas said. “We can be optimistic that we’ll be able to come out of the economic crisis we’ve been subjected to in the past few months. We’re starting to see the light at the end of the tunnel.”