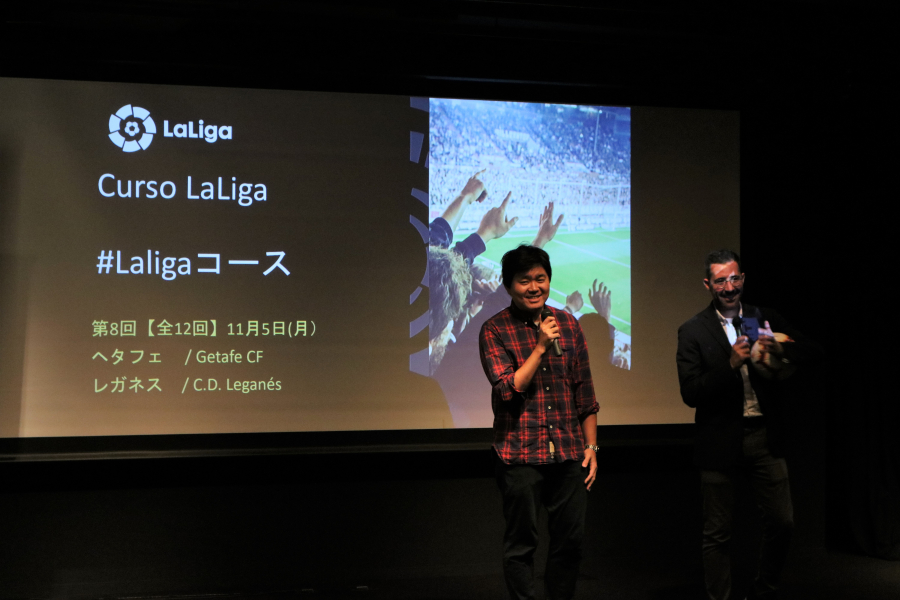 Japanese students received a taste of Spain through a joint initiative between LaLiga and Cervantes Institute, explaining the large role football plays in Spanish daily life, and its role alongside architecture and gastronomy as one of the key points of Spanish culture.

A series of educational events, organised by Cervantes Institute in collaboration with LaLiga, are bringing a new love of Spanish football to students in Japan.

As a global not-for-profit organisation, Cervantes Institute is committed to teaching Spanish language and culture around the world. For this series, a group of selected teachers, from Japanese sport commentators to Spanish professionals working in Japanese football, are giving students a better understanding of Spain´s number one sport, and why it ranks alongside music, architecture or food as one of the foremost examples of Spanish culture.

Based on the success of its current programme, the course is set to be repeared in Japan in 2019, while other countries like China are already planning to replicate the initiative. The main goal of the course will remain to ´go beyond football´, helping students understand how the sport fits into other key areas of Spanish culture. It has proven to be successful in promoting LaLiga, its clubs and also Spain as a tourist destination.

The course started in August and finishes this month, drawing praise from students, local media and the teachers alike, who consider this joint-initiative one of the best ways to gain deeper knowledge about the real meaning of the football in Spain and the importance of its clubs for the regional economy and history.

Despite being more than 10,000 Km. away from Spain, Japan has a large growing LaLiga fanbase. With former LaLiga stars such as Andrés Iniesta and Fernando Torres now plying their trade in the country, fans are taking an increasing interest in Spanish football, and becoming passionate about the games that are played there. Today, there are already eight LaLiga teams with an official fan club in the country.