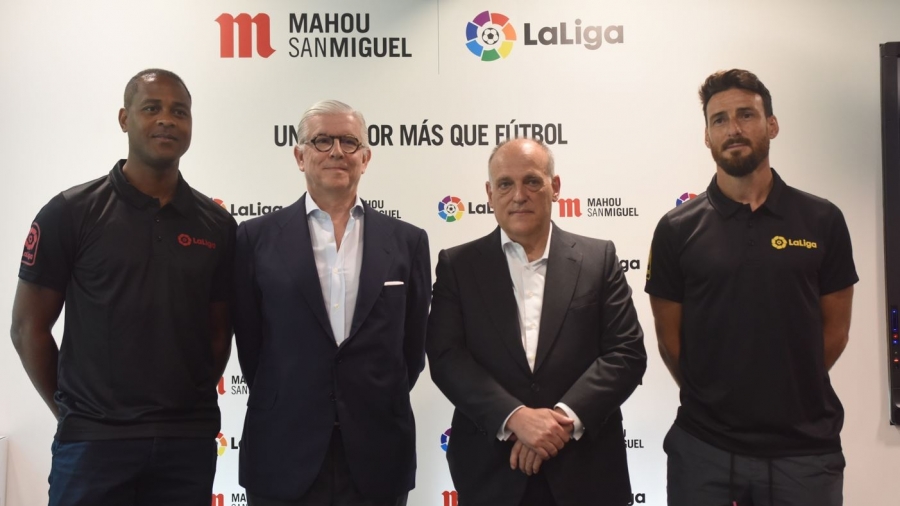 Mahou San Miguel, a 100% Spanish, family-owned company and leader in the brewing sector in this country, and LaLiga, a leader in the leisure and entertainment sector, presented an agreement by which the brewer will become its global sponsor for the next five seasons. At the event, held at the LaLiga headquarters in Madrid, Alberto Rodríguez-Toquero, CEO of Mahou San Miguel, and Javier Tebas, president of LaLiga, stressed the importance of a collaboration that goes back over a decade and strengthens the commitment of the two organizations to football, the clubs and the fans.

The brewer already sponsors 15 Spanish teams in different categories and, thanks to this global sponsorship agreement with LaLiga, it will strengthen the presence of its most iconic brands, Mahou, San Miguel, Alhambra and Founders, outside Spain, especially in markets like the United Kingdom, Germany, Portugal, Italy and the United States. To achieve this, it will draw on the international capillarity of LaLiga, which, thanks to its network of delegates and offices, will contribute to the brand’s international visibility.

“This agreement is much more than a sponsorship. It’s a reflection of our historic ties to football and of our company purpose: to create moments of unity and connection that improve people’s lives. Without a doubt, this sport generates incomparable moments,” said Alberto Rodríguez-Toquero, CEO of Mahou San Miguel. “Having LaLiga as our traveling companion will enable us to strengthen our ties to fans and to offer them content and unique experiences around football in Spain and outside of it,” he added.

For his part, Javier Tebas, president of LaLiga, said: “At LaLiga we understand that this partnership with Mahou San Miguel represents the natural evolution of the relationship we have been building for ten years. We are both leaders and inspiring brands, and we have common values. We are convinced that we are going to achieve new visibility in Spain and internationally with this partnership.”

The event was also attended by Aritz Aduriz and Patrick Kluivert, LaLiga Santander Ambassadors, who highlighted the importance of passing on to new generations values such as the drive to improve, team spirit, tolerance and respect, with sport continuing to be a reference.