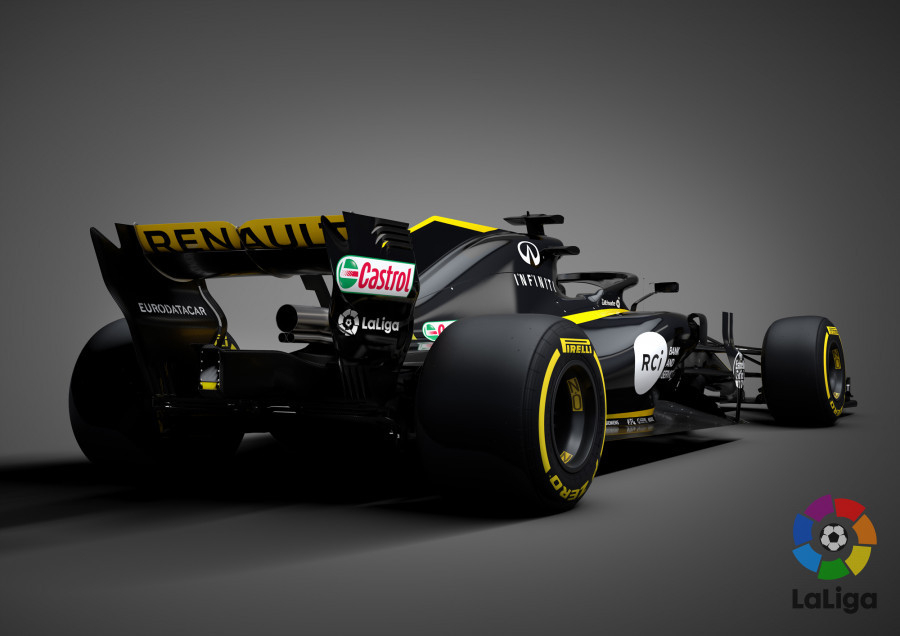 LaLiga has signed a multi-platform sponsorship deal with Formula 1 team Renault Sport which will increase the league’s exposure across the globe.

Both Spanish star Carlos Sainz and teammate Nico Hulkenberg will bear LaLiga’s logo on the Galician team’s RS18 car throughout the World Championship.

A return of close to seven million euros is expected given the media exposure that LaLiga will receive thanks to the partnership.

“This will allow us to reach certain international markets that it would be difficult to access otherwise,” LaLiga’s director of global branding Enrique Moreno stated.

“We have carried out very rigorous market studies with several large companies.

“One of the conclusions that we drew is that fans who enjoy LaLiga on television also watch F1 and the perfect link came with Sainz and Renault.

“It was a natural alliance between two brands who are committed to innovation and technology.”

It is not just LaLiga who benefit from the deal though and Renault’s director of sponsorship Antoine Magnan underlined how important it is for both parties.

“We have many common objectives, such as our commitment to international expansion,” said Magnan.

“Between the F1 season and LaLiga’s season, the whole calendar for the year is covered and we can carry out many fascinating cross-brand projects.”

Following the new agreement, Sainz joins the list of Spanish athletes who are supported by LaLiga.

He joins award-winning skater Javier Fernandez and Olympic badminton champion Carolina Marin, who are both backed by LaLiga4Sports projects, which is committed to collaborating football with other sporting disciplines.