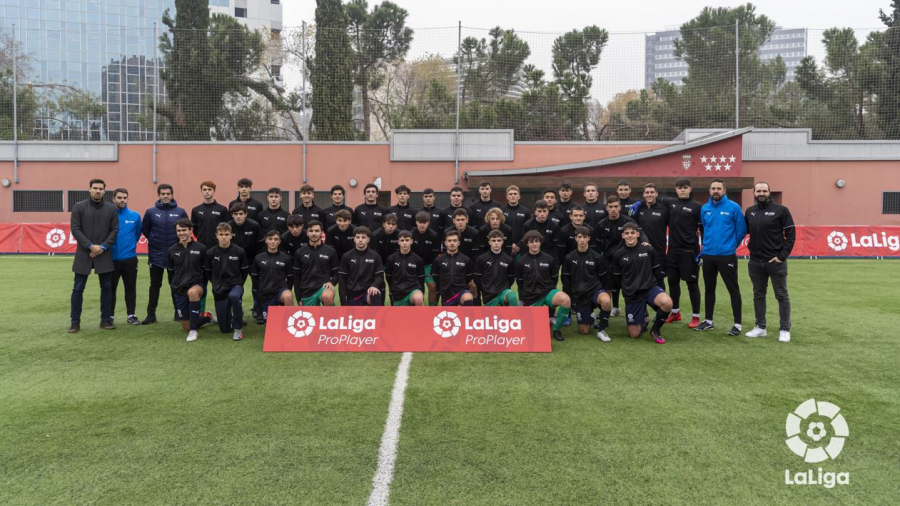 LaLiga ProPlayer hosted a showcase in Madrid that was attended by coaches from US universities, who were given the opportunity observe candidates who have been put forward to receive university scholarships to continue their sporting and academic development in the USA.

This initiative, which is part of the LaLiga Grassroots scheme that seeks to take the development of the organisation’s sporting and educational projects and the promotion of its knowledge and methodology to the next level, aims to allow LaLiga youth players to head stateside and combine their university studies with their sporting careers.

This event celebrated in December saw a 40-strong cohort of academy talents from a number of LaLiga clubs come together to form two teams that faced off in matches. The games were observed by scouts, who descended on the Spanish capital to assess the players’ performances and ultimately decide which budding talents to invite to join their university sides.

This event was the third showcase within the LaLiga ProPlayer programme, which was launched in the 2018/19 campaign and has taken over 80 LaLiga youth products to 33 clubs across 29 states to continue their studies in 60 US universities. Last season, on account of the situation caused by the pandemic, the showcase was cancelled, however, 28 youngsters were still granted the scholarship and were able to cross the pond.

The LaLiga ProPlayer initiative, which is run by LaLiga in conjunction with AGM, provides players from the youth ranks at LaLiga Santander and LaLiga SmartBank clubs, each of which selects one player, with a holistic support programme to assist them in securing scholarships to attend US universities.

Following the matches, all of the players and coaches attended a series of informative sessions in which Luis Gil, LaLiga’s director of competitions and the player office, explained that: “LaLiga ProPlayer, just like all the projects within the LaLiga Grassroots programme, reflects the spirit and values of LaLiga in terms of ensuring the quality of the training provision with a view to producing quality professionals for the future. LaLiga ProPlayer, which we run alongside AGM, allows a number of youngsters to keep their dream of becoming footballers alive without them having to forgo their university studies, which is key to ensuring they have options open to them in the future.”

For his part, Oscar Gonzalez, head of operations at AGM, stressed that, “It’s a real privilege to once again be hosting this event, whose previous editions have been so important to the programme. This is the starting point for these players to begin to prepare for what’ll no doubt be a life-changing experience.”