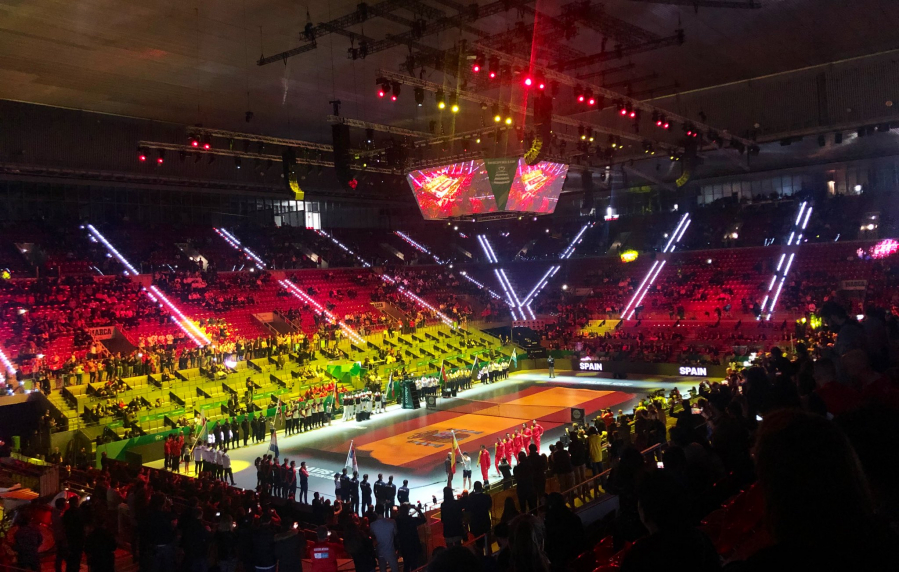 This year’s Davis Cup tournament had a different feel to it, having been re-designed into a week-long ‘World Cup of Tennis’ between 18 nations organised into groups, followed by knock-out rounds.

The new format, created to improve entertainment value for its spectators, bears a clear resemblance to the renowned FIFA tournament. For spectators, this was not the only new connection to the football world on display. During the entire tournament in Madrid, visitors were also able to discover LaLiga through a variety of different experiences.

Earlier this year, a four-year partnership was signed between the Spanish competition and the organisers of the Davis Cup, Kosmos Tennis and the International Tennis Federation (ITF), to assist the tournament in its aim to reach a wider global audience.

“The Davis Cup shares our vision for creating the most exciting competitions that entertain a global fanbase,” said Enrique Moreno, global brand director at LaLiga. “We will be sharing all of our expertise to help it achieve these goals, from our technology innovation to global digital trends.”

A wide range of these assets were on display at the Caja Mágica venue where the tournament was staged. Visitors to the LaLiga stand could try out two separate VR challenges that merged the worlds of tennis and football; a penalty-taking experience using tennis balls playing the role of either the taker or the goalkeeper.

In addition to this, fans could create memorable souvenirs via augmented reality. Using a green screen, fans could generate a personal GIF of themselves celebrating in tennis and football stadiums, while a separate experience allowed them to select their favourite LaLiga team and put themselves into a team photo with some of the first team players.

“Whether you prefer tennis or football, sport fans share a desire for modern and engaging experiences that bring them closer to their favourite clubs or players,” continued Moreno. “This has been a big part of our international growth in recent years and we are happy to see other sports follow the same path.”

To extend the reach of the tennis competition across digital platforms, LaLiga also shared clips of the action via its social media platforms, reaching an audience of millions around the world.

This approach is in keeping with LaLiga’s strategy for supporting other sports via its LaLigaSports programme. The LaLigaSportsTV over-the-top streaming service, for example, contains a tennis channel that streams matches organised by the Spanish tennis federation all year round.

In return, LaLiga also received widespread visibility as an event sponsor for Davis Cup, appearing in its global broadcasts and digital content.

In the build up to the tournament Kosmos Tennis, with the collaboration of LaLiga, came together for the first edition of the Kosmos Sports Summit, hosting relevant figures from the sector who debated the opportunities that emerging technologies and data analytics present to the sports and entertainment sector.

Gerard Piqué, president of Kosmos Tennis, explained that the better use of technology will help sports organisers to go one step further in the fan experience. "The main value of the sport is live matches, but the seats are limited,” he said. “One of the questions we ask the most is how we can improve the experience of those fans who can’t be present. Technology is key to offer them the most authentic experience possible."

Javier Tebas, president of LaLiga, highlighted the importance of data analysis to help the industry to connect with wider audiences. "Four years ago we realized that you had information about those fans who did not go to the stadiums,” he said. "Without analysing this data, companies will struggle to attract younger audiences and there may be a disconnection with future generations."

As the partnership continues, LaLiga will work alongside Kosmos and the ITF to share this expertise and help ensure that tennis, like football, remains an essential part of the sporting calendar.