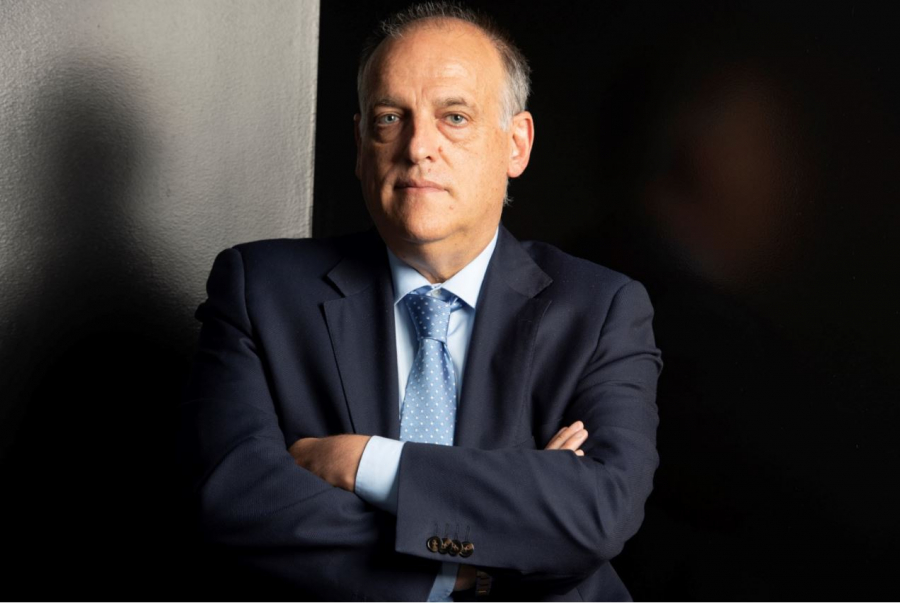 Javier Tebas: “We’re working to save the future of football”

Spain’s football industry is one of many hit by the COVID-19 pandemic and like any other sector, next steps will depend on the advice of health authorities. LaLiga is working on multiple scenarios so that competitions can return in a safe manner when the time comes and so that the financial losses can be minimised.

In the interest of providing clear communication and transparency at this time of uncertainty, LaLiga President Javier Tebas spent an hour and a half answering questions from various international journalists via a videocall.

The main discussion centred on the league’s current focus and priorities. As Tebas explained, these are twofold: “We’re looking to ensure the best health conditions for players for when they resume training and we’re looking to reduce the economic risk,” he said. “This is a health pandemic, but also an economic pandemic.”

Scenario planning
In order to be as prepared as possible, LaLiga is preparing for multiple scenarios. While cancelling the season is not currently an option being considered, due diligence is being done to project the impact of every feasible outcome.

The league President provided figures for each of these situations, outlining that the estimated total economic impact for not resuming the season would be €1bn. Completing the season behind closed doors would lead to losses of €300m and it would be €150m for resuming it with fans after this delay.

On the likelihood of matches being resumed behind closed doors, Tebas said: “We will not have fans until the health authorities allow it. The decision does not depend on LaLiga or the clubs. We know it can affect future seasons so we are calculating the potential impact.”

Beyond these projections, Tebas explained that LaLiga is considering all of the finer details that various scenarios could entail, such as whether or not matches can be held at the usual stadiums due to planned renovation works, the need to extend player contracts, pending fees due to clubs from past transfers, maintaining Financial Fair Play rules, payments from broadcasters and the knock-on effects for the 2020/21 season.

“We are conscious that many people are suffering from the lack of competition right now and we want to support everyone,” he said.

The role of clubs
As the industry prepares for the changes ahead, clubs will have a central role to play and Tebas explained that they have two courses of action open to them. One is to pursue temporary wage cut measures approved by the Spanish government (known as ERTE in Spain). Another is to agree salary cuts with staff, including players, which can help to soften the financial impact of the competition’s postponement.

“In the coming days, almost all clubs will have come to a solution either via the government or internally,” Tebas said. “But our aim is to ensure that the measures we create are sufficient for a healthy football industry, without calling for [financial] government support.”

Potential dates for LaLiga’s return
For several of the journalists on the call, the most important question was about when LaLiga football can return and Tebas outlined the various options and situations that are being considered.

“There are two options for organising the schedules, one with domestic leagues at the weekends and European matches midweek or another option is to work towards finishing the domestic leagues first.”

“The coordination with UEFA is very important and UEFA has made a considerable effort to help ensure that the domestic leagues can finish,” he added. "We need to keep evaluating the situation based on what happens during the month of April.”

International collaboration
For the football industry to return in the best possible health, Tebas highlighted the need for leagues and competitions to work together. This is something that LaLiga has always considered important and something the Spanish league is taking a lead on during the current crisis.

For example, LaLiga has shared a protocol that three medical teams from LaLiga Santander designed to ensure that players can safely return to training in secure conditions when the time is right.

“We are collaborating with other leagues and we have almost daily conversations with them,” Tebas said.

Above all, health is the priority, something made clear by the fact that clubs and players are launching various charitable initiatives to help combat the crisis. “The fact that we’re talking about economic situations doesn’t mean that we’re not concerned about health,” Tebas pointed out. “We all have family or friends or people we know who are suffering from this. But we do have to know how to comply with our responsibilities.”

Football’s role in the Spanish economy
The league President underlined this by explaining that the football industry plays a major role in Spain’s economy. It accounts for 1.37 percent of Spain’s GDP and an estimated 185,000 jobs, meaning that any losses suffered could have a domino effect elsewhere.

“The most important aspect of this is that we protect our future,” Tebas noted. “What we’re working towards here is to save the future of football.”

“By acting now, we can ensure that we have a sustainable model, he added. “We will not forget the responsibilities we have to everyone.”