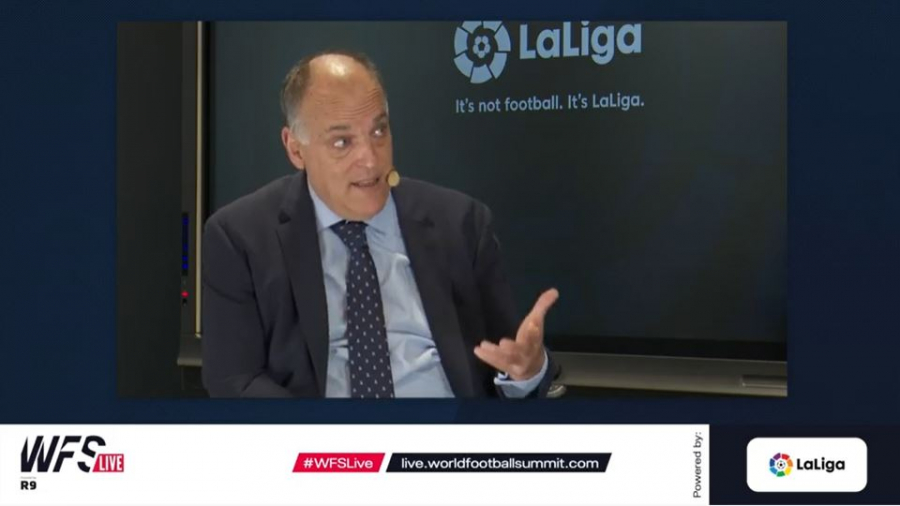 As clubs and leagues enter the new normal after the global pandemic, technology can be the differentiator, according to LaLiga President Javier Tebas. LaLiga’s technology innovations, many of which have been shared with other competitions and officially certified by prestigious institutions, can provide the agility needed to adjust to changing circumstances.

Tebas discussed all of this during a Q&A session at WFS Live, where he highlighted that long-term strategy and technology can make the difference.

Over the past several years, LaLiga has significantly invested in technology, which even before the pandemic was already helping clubs to stand out. “We’ve worked a lot in the OTT world, on the user experience in OTT and on artificial intelligence,” Tebas continued. “At an international level, that will help us a lot to increase or maintain the values of our rights in the coming seasons. We’re going to be able to do things that none of our competitors are doing.”

Following the pandemic, with football played behind closed doors, this kind of innovation was clear to see as LaLiga offered broadcasts with virtualised crowds and fan audio, which helped to offer viewers around the world a broadcast that reflected the typical match-viewing experience as much as possible.

“The broadcasts worked very well,” Tebas continued. “In Spain we’ve seen that approximately six times more people watched the virtualised option. We became the first live event in the world to have virtual fans. This type of technology innovation is very important in terms of remaining an industry leader.”

The importance of innovation and collaboration
Another area where LaLiga has taken a long-term approach has been economic control, which Tebas insisted is key to the long-term recovery of the football industry in the years to come.

“I think that the two greatest achievements we’ve made at LaLiga are the economic controls, and the centralised sale of audiovisual rights. If we hadn’t achieved this years ago then maybe this crisis could have caused much more damage than it is doing right now.”

Looking across the industry, the LaLiga President is confident that football will return stronger after recovering from the pandemic. “Football will return to what it was, with fans in the stadiums and economic values will then return to where they were. I think that within three seasons or less, we’ll be back to the kind of situation that we had been in.”

The league’s focus on technology will also help bring value to broadcast partners, according to Tebas, which adds to the health of the overall industry. From volumetric video in the form of Replay360° to real-time statistics through Mediacoach to the installation of aerial cameras in more stadia than any other league, LaLiga is focused on bringing the latest experiences to its televised product and staying at the cutting edge of a changing industry.

“In my opinion the audiovisual and entertainment sector is one of those that has come out reinforced from this crisis,” Tebas said. “If we look at Netflix or HBO, these companies have seen their subscriber numbers go up a lot. Our innovations are designed to offer the best viewing experience to our fans and this helps increase the value of our broadcast rights too.”

These innovations and processes will continue to be shared among clubs of LaLiga as well as with other competitions around the world, in order to help the wider industry to thrive. Tebas noted that the sudden shake-up caused by COVID-19 proved the need for even greater collaboration within the industry and that the solidarity shown between clubs, national leagues and domestic partners underlines just how important domestic leagues are to supporting the whole football economy.

“We’ve realised that together we can do things a lot better,” he concluded.