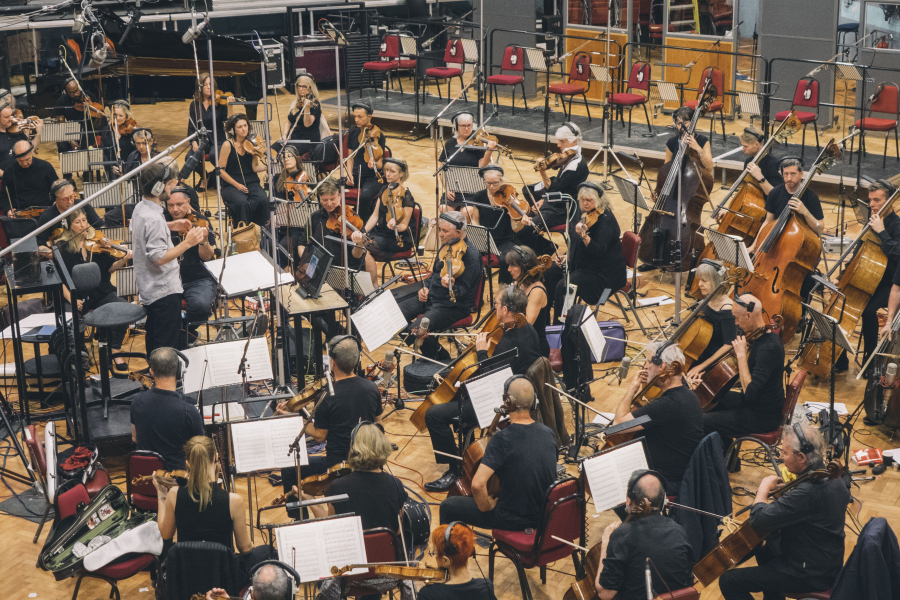 LaLiga has today unveiled its new sound identity, a musical composition developed by international composer Lucas Vidal that looks to represent the sound of all football fans.

The piece was recorded in Madrid, Prague and London and saw a total of 130 musicians of 20 nationalities take part in its recording. The idea was born in the Spanish capital, where the initial demo was put together and the finishing touches added to the final piece. The choirs were recorded at Smecky Music Studios in Prague, while the orchestral parts, played by musicians with a wealth of experience in recording film soundtracks such as Star Wars, Jurassic Park and The Avengers, were recorded at the legendary Abbey Road Studios in London.

LaLiga president Javier Tebas said: "What we're presenting today is essential for LaLiga and will be a defining moment in LaLiga history. It's an epic, integrating and recognisable sound that all Spanish football fans can identify with. We've made it with impeccable professionalism and added an international flavour, in keeping with LaLiga itself, so that supporters from all over the globe feel that the music belongs to them."

The project, which Movistar has also been involved with through LaLiga, has involved more than a year of hard work and places football fans at its heart.

The start of the music involves future fans, those who were still in the womb at the time of recording and were predestined to be passionate football aficionados from birth. LaLiga put together a special initiative inviting pregnant women to have their unborn babies’ heartbeats featured in the music. Over 3,000 people took part in May and 90 were chosen, one for each year since LaLiga’s inception in 1929. The 90 heartbeats represent the fans of the future and care has been taken to incorporate them into the very heart of the music.

The second element of the composition is made up of fans applauding in a rhythmic and constant manner, a sound with which all football supporters across the globe can relate to. "Heartbeats and applause are intrinsically linked and bring energy together to generate a state of collective happiness and excitement," explained Vidal, a one-time Emmy and two-time Goya winner.

The third component, the melody, stands out for the way it brings wind and string instruments together and crescendos. The main melody, which is played by horns and trumpets with vocals, fluctuates between four chords that look to connect with LaLiga fans' positive emotions. Instruments from different cultures are used in the song in a bid to give it a more universal feel.

Vidal admitted that taking part in this project "has been a dream come true. I was very excited to accept the role and immediately knew just what a big responsibility it was. I simply had to rise to the challenge for the fans, who have inspired me, thanks to their united chants, energy and commitment. I hope to give back to them through this music some of the passion that they feel whenever they watch a LaLiga match."

LaLiga has developed four different versions of this musical identity, which will be used based on the setting in question.The main track titled 'Heartbeats of the future’ lasts 3:40 and will be incorporated into every LaLiga broadcast on television and the long-term aim is for it to be used on radio broadcasts as well.

Other versions of the track will feature at events, communications and other audio-visual content.

The four versions of this musical identity make it more than a simple anthem, but a brand identity that elevates LaLiga’s bid to be established as a major player in the entertainment industry and to provide visibility for each of its clubs on the international stage.