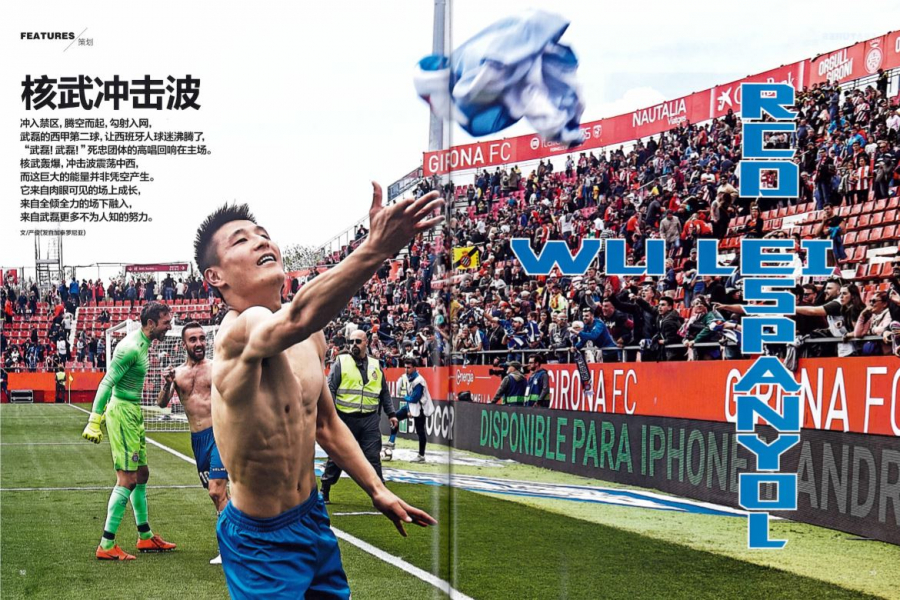 With the signing of Wu Lei, RCD Espanyol de Barcelona propelled itself into the spotlight in China, attracting widespread media attention and large TV audiences in the country. But with a history dating back to 1900, the Catalan club has a much deeper story to tell.

As part of its ongoing internationalisation efforts, Los Periquitos are committed to bringing this story to life for overseas audiences and China has naturally emerged as a key target market. Teaming up with LaLiga, it provided a unique opportunity for a top Chinese journalist to visit Spain and get closer to its new star player, while also receiving exclusive access to staff, players and facilities that would illustrate what the club stands for.

Yan Jun, senior editor of Football Weekly magazine, provided the following summary of an experience that went beyond his expectations:

Undoubtedly, Wu Lei is at the centre of Chinese media attention. However, I found that his club, RCD Espanyol de Barcelona, is also of significant interest. The way that the club has incorporated the player, together with its history and its role in the city of Barcelona, are great assets that for both Chinese media and football fans.

The agenda that the club provided us brought a great deal of value. In particular my interviews with Ye Mao, Director of business coordination at the club, gave me a crucial insight into Wu Lei’s great contribution to the club on and off the pitch. Further interviews with three of the club’s first-team players enabled me to see how Wu Lei fits into the team from a tactical point of view as well as the locker room.

I was able to see this for myself when I met Wu Lei at the club’s sales booth on La Rambla in Barcelona. He was playing an active role with the public on the popular Diada de Sant Jordi, which shows his efforts to integrate into the local culture. Watching Espanyol’s home game vs Celta de Vigo, in which Wu Lei scored the opening goal, proved that the player’s most important value to the club is on the pitch.

The club also gave me the opportunity to watch its women’s team play against Atlético Madrid where more than 20,000 spectators filled the RCDE Stadium. Another trip around the club’s museum showed the prestige that RCD Espanyol de Barcelona has, while the Dani Jarque statue showed me the real family spirit that exists at the club.

From all of the access and information we received on this trip, we have been able to create great content for our audience. The official “Football Weekly” WeChat account has published two posts, along with a 16-page in-depth feature for our magazine. This is much more than we originally expected, and it is due to the efforts of RCD Espanyol de Barcelona and LaLiga to provide a unique experience. Our audience was very grateful to get this level of insight into Spanish football.