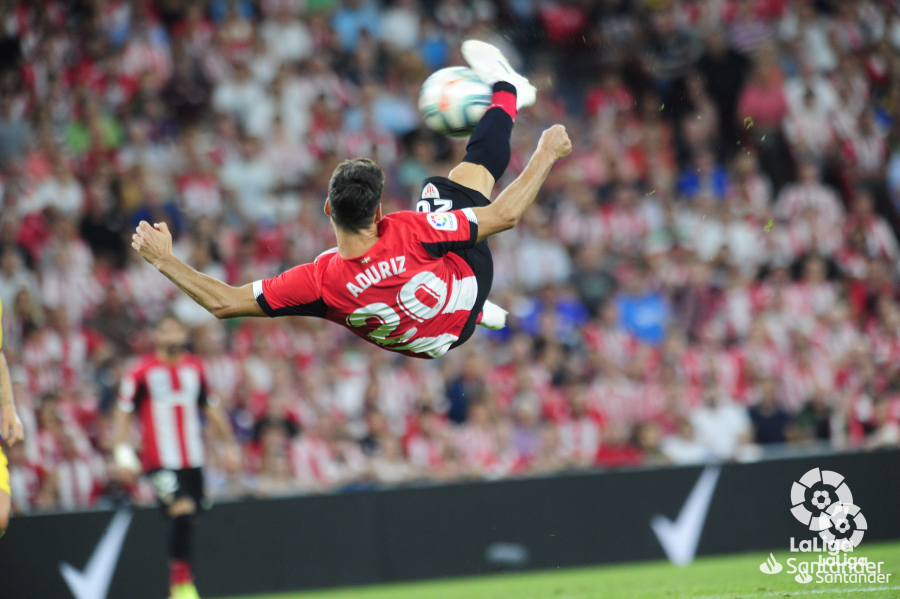 ‘Six Dreams’, the award-winning docuseries that offers a behind-the-scenes look at life in professional Spanish football, is returning for a second season. The Amazon Prime Video series, which is produced by The Mediapro Studio, follows the lives of six people working at the heart of LaLiga clubs to bring global viewers closer to the competition.

As in the first season, the 2019/20 edition of ‘Six Dreams’ will track the progress of three footballers, one coach and two directors over the course of a season. The three players are Real Betis’ Borja Iglesias, Athletic Club’s Aritz Aduriz and Villarreal CF’s Santi Cazorla, while the coach is Levante UD’s Paco López and the directors are ex Atlético de Madrid general director Clemente Villaverde and former RCD Mallorca CEO Maheta Molango.

The first season, directed by Justin Webster, was well-received by football fans across the globe and won two Emmy awards – for Outstanding Entertainment Programme in Spanish and for Outstanding Main Title and Graphic Design – as well as being nominated for two others.

“The response from our Prime members to ‘Six Dreams’ was excellent and the fact that it won two Emmy awards is testament to its success,” Ricardo Cabornero, Head of Amazon Prime Video Content Spain, said of the series. “We are pleased to be able to offer a new season, one which will continue to show the unique stories of LaLiga and that will allow viewers to fully understand how this season has developed on and off the pitch.”

The doors of various types of clubs were opened during the first season, with the six leading personalities representing Atlético de Madrid, Athletic Club, Real Betis, SD Eibar, Girona FC and Sevilla FC. This allowed viewers to see what life is like at the various levels of LaLiga, from a title challenger to a team battling relegation.

The series also took viewers across Spain, from the Basque Country to the south to Catalonia to the capital and Andalusia, giving cultural insights as well as behind-the-scenes interaction.

LaLiga President Javier Tebas added: “‘Six Dreams’ is an excellent way to further contribute to the global expansion of Spanish football and of the branding of LaLiga and its clubs. This is thanks to the personal touch that makes this series stand out, with the series having already achieved success and an excellent reception. At LaLiga, we’re delighted to collaborate with Amazon Prime Video and The Mediapro Studio.”

Laura Fernández Espeso, Corporate Director and Head of TV at The Mediapro Studio, continued: “‘Six Dreams’ is a series about football, where the true stars are the people and their experiences. At The Mediapro Studio, we back new formats like this, where the viewers can identify with the personalities involved and witness all that happens before, during and after a LaLiga matchday thanks to the stories that are told by those involved in this sphere.”

‘Six Dreams’ sits alongside other football documentaries such as the ‘All or Nothing’ series and a recent show about Sergio Ramos. Series about the careers of Fernando Torres and Fernando Alonso are coming soon as well. These can all be enjoyed by Amazon Prime members, who’ll be able to view the new series of ‘Six Dreams’ through the Amazon Prime Video app that is available on Smart TVs, mobile devices, Fire devices, Apple TV, various consoles, Chromecast and Vodafone TV.