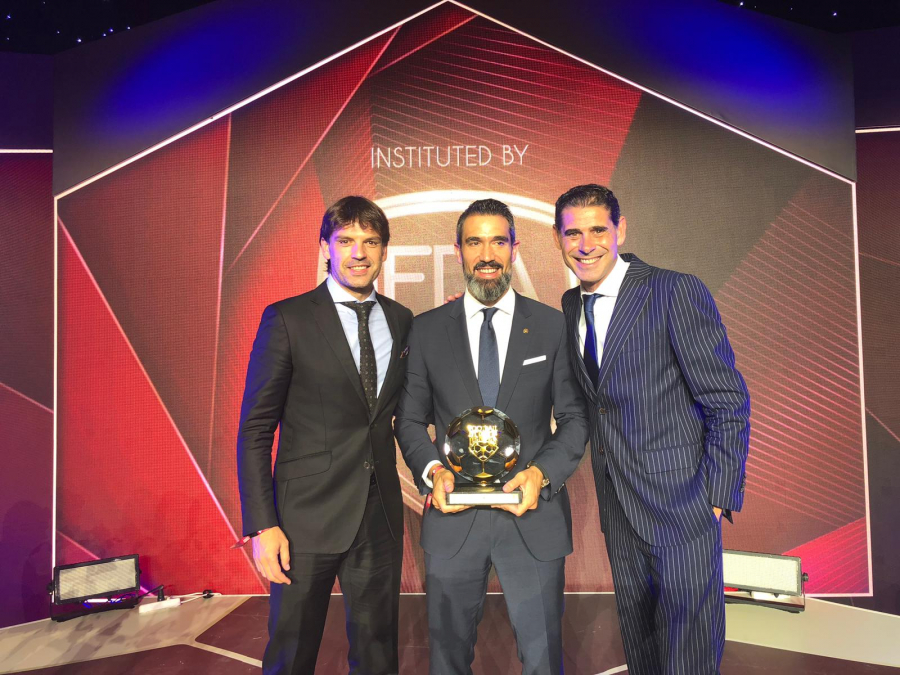 Stream of industry awards highlight growth of LaLiga and its clubs

Since LaLiga launched its internationalisation strategy in 2014 it has grown into a truly global organisation, with physical presence in 55 countries and TV cumulative audiences of over 2.7 billion. As with all LaLiga projects, the primary beneficiaries are the clubs, who have used this increased visibility to carry out new initiatives that can enhance their own profile.

Underlining the progress that has been made in just a few short years, Spanish football has held a starring role at recent global awards ceremonies recognising the best of the sports industry. With numerous award wins and nominations for the league and clubs, the positive trajectory of the competition is clear to see.

Jury members, composed of executives from Deloitte, Delta Partners, Laureus España, Mediapro, Movistar, Santander and Senn, Ferrero, Asociados explained the decision stating: “In the last years, LaLiga has shown a clear and consistent focus and commitment on growing internationally, making the necessary internal changes and executing the necessary actions to achieve that goal”.

Commenting on the award, Óscar Mayo, international development director at LaLiga said: “We live in a global world where internationalisation strategies are becoming more and more important. Therefore it is a tremendous honor to be rewarded for this concept, especially in an event that is a global reference for the industry.”

As LaLiga has developed this strategy, it has passed on best practice and expertise to member clubs, ensuring that they can continue to find new growth opportunities of their own.

The success of this initiative was on evidence at the World Football Summit with two clubs, Atlético Madrid and CD Leganés, being named finalists in additional award categories. Atlético Madrid was shortlisted for ‘Best Women’s Football Initiative” in a year that saw the club break the world attendance record for a women’s football club match (60,739 for the home game with FC Barcelona), while Leganés was in contention for ‘Best Club Commercial Initiative’, recognising the creativity of its shirt giveaway campaign, The Szymanowski Challenge.

During the gala, Athletic Club was named ‘Marketing Department of the Year’, highlighting its work in promoting women’s football in particular. During last season, the Basque club broke the European attendance record for a women’s football match by attracting 48,121 fans into the San Mamés stadium for the Copa de la Reina tie with Atlético Madrid, an event that was heavily publicised by the team’s marketing team.

Speaking of this achievement, María Tato, Deputy Secretary of the club, said: “Our intention is to make women's football visible and treat it exactly like the male game, occupying the same spaces. We are seeing LaLiga making the same efforts and these combined energies will help us to achieve change quicker.”

Winner in the Marketing category for the promotion given to the Copa de la Reina match against @AtletiFemenino, where 48,121 people attended at San Mames pic.twitter.com/wZCvbe7wjY


Meanwhile, during the same ceremony LaLiga was awarded ‘Best Football Project of the Year’ for its commitment to travelling the world and promoting the competition in new territories, utilising its team of global ambassadors. Having been present at scores of sporting tournaments, events and presentations in recent years the competition has picked up significant new following from across the industry, resulting in new commercial deals as well as audience growth.

LaLiga: Winner, ‘Best Advertising of the Year’ from Anuncios magazine
Additionally this month, the popular ‘Anuncios’ advertising magazine named its advertisements of the year, naming LaLiga among its finalists alongside other global brands such as Land Rover, P&G and Skoda.

The campaign, launched to mark the league’s 90th anniversary, looks back on the rich history of the competition and the role that the clubs and their fans have in making the competition what it is.

Looking forward, the same campaign forms part a prestigious nomination at the Eficacia awards, one of Europe’s top marketing ceremonies. LaLiga is shortlisted under the categories of brand creation and research for its consistent efforts throughout the year to increase the profile of the competition.

“For LaLiga it is already a recognition to have reached the short-list in the case of brand building, alongside companies with a much more extensive experience and advertising trajectory,” said Enrique Moreno, global brand director at LaLiga. “It supports our work to monitor the most strategic markets for our brand, which is producing excellent results.”

Mayo concluded: “LaLiga, together with the clubs, has been intensively working in expanding our brand in every corner of the world for five years and we are proud of the acknowledgement we are seeing. It is all thanks to approaching these markets in partnership with clubs and making a commitment to grow together.”