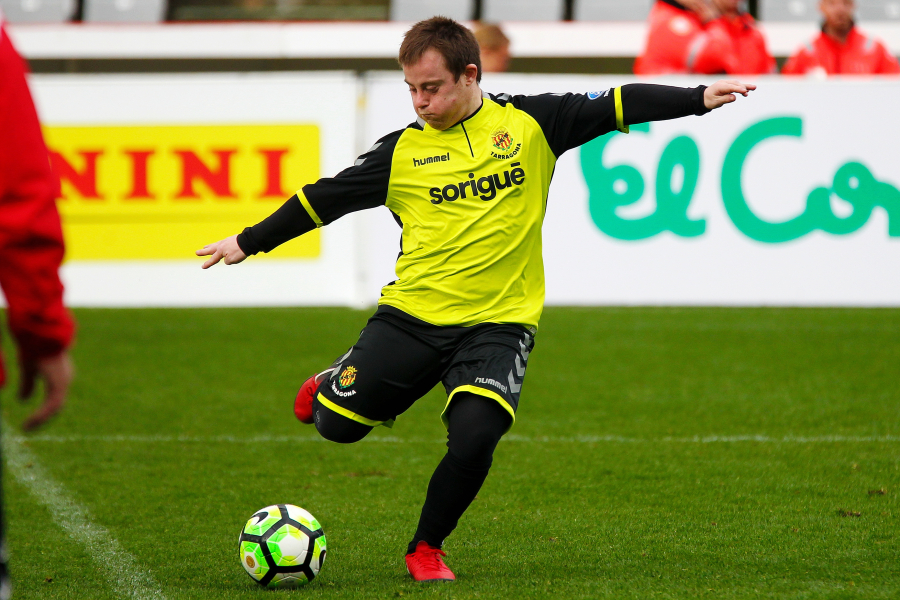 The first edition of LaLiga’s inclusivity campaign, LaLiga Genuine Santander, was such a success that the number of participating teams has increased from 18 to 30 for the 2018/19 campaign.

The tournament for young players with intellectual disabilities is thriving as the clubs embark on this second season, with over 460 players to take part over the six weekends of action, in six locations across Spain.

The key to the success of the tournament has been the teaching and defence of the values of sport, with the competition’s motto being to share an experience ahead of competing.

“The values are inclusion, teamwork, motivation and sportsmanship,” LaLiga President Javier Tebas explained when discussing LaLiga Genuine Santander. “This competition is clear about highlighting the human qualities of all participants, something that LaLiga is keen to show to professional football and wider society.”

LaLiga and the participating clubs have been working closely to promote the league and to involve LaLiga Genuine players in their everyday events. The clubs have done this in a number of different ways.

At Real Sociedad, for example, the Basque club invited Álvaro Iturmendi, Josu Zabache, Susana Berra and Iñaki Chivite, four members of their LaLiga Genuine Santander squad, to participate in an important local festival on behalf of the club. Osasuna did likewise by involving Ibai Ganuza in one of the city of Pamplona’s traditional celebrations.

Other clubs have shown their support for their LaLiga Genuine Santander teams by involving them in events at their stadiums. For example, Sevilla and Espanyol players formed a guard of honour for the recent LaLiga match between the two sides. Athletic Club’s LaLiga Genuine side was presented at the club’s San Mamés stadium to be congratulated for winning the inaugural LaLiga Genuine fair play award. The Atlético Madrid side, meanwhile, were invited to join Diego Simeone’s first team at a training session at the Estadio Wanda Metropolitano.

Leganés, Eibar and Málaga are three of this season’s new participants in the competition. They marked the occasion with memorable pre-season presentations of their squads, involving club Presidents María Victoria Pavón, Amaia Gorostiza and supportive members of the public.

Of course, these are just a few examples of the continued efforts Spanish clubs are making to promote the new competition. All participating teams have received the support of their club, and every new effort to boost awareness of LaLiga Genuine Santander is being welcomed.

“We want the participation of people with intellectual disabilities in football to become normal,” Tebas added. “Our objective is for all clubs to have a team, but above all for them to form part of social change.”

The greater the visibility that the league enjoys, the more likely it is that this social change will come to pass. That’s why it’s so encouraging that more than 5,000 news stories were published about the competition during its first season, in publications from China to Paraguay to Mexico to South Africa to the United States. On social media, there have been around 400,000 interactions and a specific Instagram account for the competition (@laligagenuine) was set up.

Just one and a half seasons after its birth, LaLiga Genuine Santander is going from strength to strength. The clubs’ ongoing willingness to embrace this competition will be a major driving force in its future success.