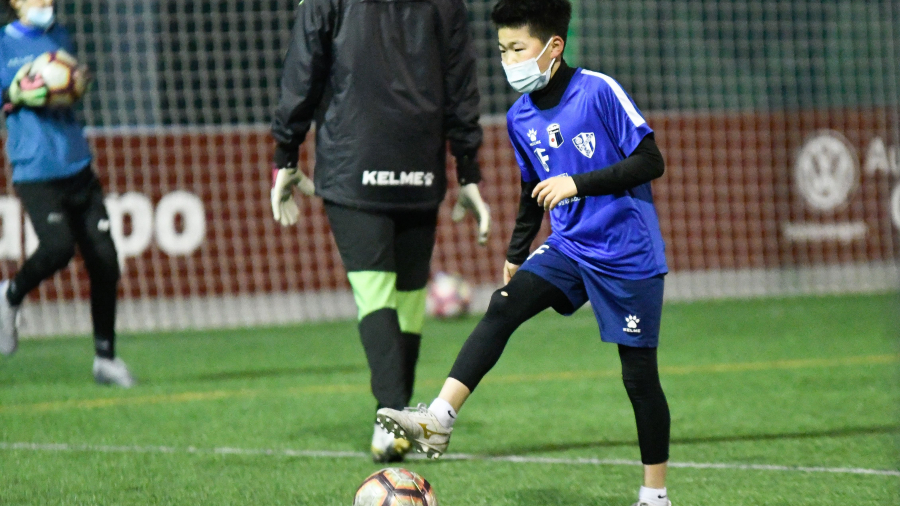 After winning promotion to LaLiga Santander last season, SD Huesca has made significant strides to grow its brand presence beyond Spain and lay the foundations for further growth.

Through a combination of marketing new signings, forming new alliances and launching new projects, results have quickly been achieved. The club now claims to be the fifth most followed Spanish side on social networks in Japan, with local fan groups also appearing in the Asian country.

The club intends to use this new-found popularity to build long-term relationships in the country, where the popularity of football has skyrocketed over recent years. A new international sporting project has been designed to give Japanese boys and girls the chance to develop their skills in line with the club’s methodology, with the aim of creating a football culture and a brand presence that lasts for generations.

Okazaki opens the doors to the Asian market
Asia is a key part of SD Huesca’s internationalisation strategy and the focus on Japan has been guided by the arrival of striker Shinji Okazaki to the club in 2019. The new signing quickly sparked interest not only in the Japanese media but across Asia as a whole.

“It has become common for Japanese journalists to be present at the El Alcoraz stadium so they could follow Okazaki,” the club said. Until the pandemic stopped supporters from being able to watch matches in the stadiums, there were many Japanese fans who came to see Okazaki play.”

While physical events have not been possible in the past year, the club has continued to engage with this audience. The first international communication campaigns of 2021 were specifically designed for Asia, with activities organised for media outlets from the continent including an online interview with Okazaki.

Helped by the presence of Okazaki, SD Huesca has seen its fanbase increase dramatically in the market, with a dedicated fan club ‘Peña Nipona SD Husca’ being set up in Kyoto.

Fans have also made their presence felt on SD Huesca’s Japanese Twitter account, which was created last season. At 8,500 followers, the club says it ranks fifth among LaLiga clubs, only behind Real Madrid, FC Barcelona, Real Betis and SD Eibar. “In August, we had 5,393 followers, so it’s clear to see that the recent events we planned for Japanese fans are bearing fruit,” the club added.

Having achieved this new visibility, the club plans to capitalise on its position to secure the off-the-pitch benefits that come with a strong international brand.

“Our objective is to position the SD Huesca brand in the Asian market,” the club explained. “We want to make the club and the province of Huesca well known. We’re working to have our online presence (our official website, the online store and the fan club) in Japanese as well as English to further establish this connection with the market.”

New partnerships and training programmes
A major part of the club’s growth strategy will come from youth football, where Japanese youngsters will be coached as part of a new alliance between SD Huesca, the club’s Alcoraz Foundation and Wakatake Group. Already, players between the ages of nine and 15 have taken part in courses between one week and three months in length, providing education on the club’s history, geography and playing style.

The objective is to provide these young talents with a footballing education while creating a permanent link to SD Huesca.

“The coaching is divided into different age categories and each coach has clear instructions in terms of what the objectives are for individual and collective improvement,” the club outlined. “In each case, the coaches must prioritise the instructions provided from this department so that the players progress in the right way.”

Coordination and individual technical quality are very important, followed by the skills of working in a team and having the correct position on the pitch. The all-encompassing programme provides each player with different tasks that relate to game-like situations, where decision-making becomes increasingly important.

As well as developing footballing skills, the importance of good values is also taught within the programme. “Our focus isn’t only on the sporting education, it’s key to teach values to each player so that, in the future and whether they’re still with us or not, it will be clear that their time in our youth teams left a mark,” the club added.

Expanding projects in the future
With signs of initial success, SD Huesca and its foundation have a clear objective to continue creating links with entities such as Wakatake to keep building its platform across Asia and potentially beyond.

“There is work taking place on a project that would create a football school where such experiences can be accommodated,” the club concluded.

“We are proud of how this is going and for the future, we’re considering different possibilities such as residences, clinics, campuses and all kinds of projects. The synergy we’ve had until now has been very satisfactory.”