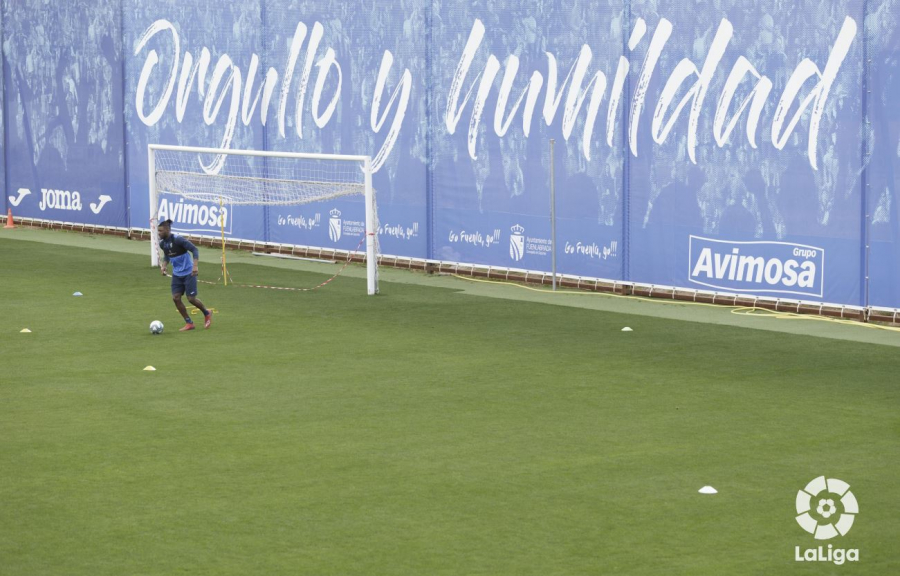 Across Spain, de-escalation from the COVID-19 pandemic has begun, with social and business activities starting to resume under careful health restrictions. But while this return to the ‘new normal’ is underway, significant levels of support are needed and football clubs have a key role to play.

The 42 clubs of LaLiga Santander and LaLiga SmartBank have all contributed to fighting the pandemic in the form of financial donations, offering physical resources to health services, sharing messages of support, providing entertaining content to fans and much more. As de-escalation continues, the need for assistance is still present, particularly for groups that may find it more difficult to adjust.

Two clubs, CA Osasuna and CF Fuenlabrada, are addressing this need with new social campaigns that aim to help their local communities, using their significant profile to make a difference.

CF Fuenlabrada assisting small local businesses
Despite being one of the smallest clubs in LaLiga competition, CF Fuenlabrada has been actively providing support during the health crisis, including food donations and raising funds for the local Fuenlabrada University Hospital. It is now directing its attention towards the small and medium businesses of the town, many of whom have been hit hard by the pandemic.

"It’s a time of great uncertainty for these companies," said Álvaro de la Rosa, Director of Communication at CF Fuenlabrada. "To survive these recent weeks, many companies have reinvented themselves but did not have a way for people to know that they were operating despite the pandemic.”

“For example, we heard from one company that made bullfighter costumes. Given the situation, its production turned to making facemasks. But not even their clients were clear if they were open.”

This gave the club the idea of publicising the business to Fuenlabrada’s following, while offering other local businesses the same opportunity. The idea was developed and carried out by the club’s communication department and has quickly gained traction.

“The services sector and small businesses have the highest economic risks after this health crisis,” de la Rosa said. “We have received more than 60 requests, a very high number considering that the campaign was focused on the local area and not many businesses have been active.”

“We have allocated digital space because in these circumstances it is the most effective and fastest for everyone,” de la Rosa continued. “Every company that wrote to us was sent a request to record an announcement with their mobile phone. We are now sharing this content across our networks and we are working on a digital magazine in which they can appear."

With this initiative, the club hopes to stimulate more local business and help as many people as it can in the city. “We cannot be on the front line with the health workers, but we have to take care of our people as we can,” de la Rosa said.

“Football can help people a lot and now is when they need us most. We owe a debt to our fans after all the support they have given us. We cannot fail them.”

CA Osasuna distributes 5,000 personalized masks to elderly locals
As part of the Spanish de-escalation, the use of facemasks is now mandatory for everyone over the age of six, in all areas where they cannot safely maintain two metres of distance from other people.

CA Osasuna has decided to support this initiative by creating 5,000 personalised facemasks bearing the colours and crest of the club and delivered to local people with the greatest need.

The masks will be delivered to all club members over the age of 65, as well as the staff and residents of the San Jerónimo Estella residence and to Solera Asistencial, a collection of residences and occupational services for the elderly with which the club collaborates regularly.

Delivery of the masks has been made mostly by post, accompanied by a letter in which the club conveys support to its older fans. “Osasuna is a club that belongs to its members and we must be close to them, even more so in difficult situations,” said club President Luis Sabalza. “We wanted to help elderly fans to the best of our abilities, because they are the ones who are being punished most aggressively by this pandemic.”

Having sent the masks directly to people’s homes, meaning they did not have to venture outside to collect them, the club has received warm feedback. “Many people have called the club offices or have sent emails to show appreciation,” Sabalza said. “We have also received thanks from some of their younger family members through social media.”

Through this activity, the Pamplona-based club also wanted to recognise the work of the local San Jerónimo de Estella residence, including the employees of this centre who decided to confine themselves with the residents while the spread of the virus was at its worst. As a result, the centre reported no positive cases.

As a thank you, the club has given 200 masks to its employees and residents. Sabalza acknowledges that it was "a magnificent gesture, one of the best examples we have seen in these harsh circumstances. We wanted to recognise an action that should be applauded by all,” he said.