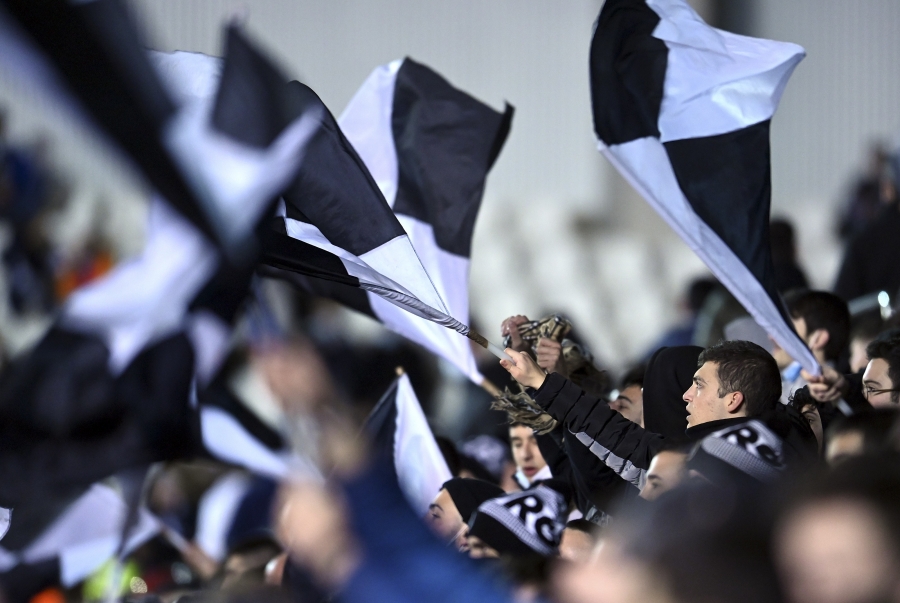 For Burgos CF, this past year has been a historic one. Not only did the Blanquinegros return to LaLiga SmartBank level for the first time in two decades last summer, but the club celebrated the 100th anniversary of its founding on January 11th 2022 and has used this centenary year as a catalyst to grow and expand the brand and fanbase.

“Reaching our 100th year at the same time as we’ve returned to professional football allows us to boost our brand in a different way, creating a greater impact as a club and greater expectation nationally,” the club stated.

The club from Castile and León organised a series of events around the exact date of the centenary, before making the whole calendar year of 2022 a celebration. They have worked on a book that details the history of the team through images, put together an exposition of posters, interviewed historic figures, retold the legend of Juanito’s time at the club, launched a retro shirt and put centenary merchandising on sale, from scarves to pins and beyond.

“In this way, we can connect both with young people, through campaigns on social media and retro-style kits, and with older fans, expanding our target audience to anyone who likes Burgos CF as a brand,” the club explained.

One other key initiative has been the creation of a special centenary logotype, launched with the hashtag #sentimientoinfinito, which would be #infinitefeeling in English. The logotype combines a heart, the Burgos CF badge and the dates 1922 and 2022 to form the number 100, with classy gold lettering over a black background. “We wanted to emphasise simplicity, elegance and loyalty to the club,” they said of this logotype.

By creating recognisable branding for the centenary and by promoting the club’s brand as a whole, Burgos CF are building solid foundations. As the club explained: “Branding helps us improve people’s perception of the club. We believe it is fundamental to create a powerful brand image because of the recognition it gives you and the fact you don’t need to depend on sporting success for this recognition.”

Even though the club’s plan is to build a brand that is recognisable no matter which division the team is competing in, it has helped that Burgos CF have returned to professional football for the first time since 2002 and that the team coached by Julián Calero secured survival in LaLiga SmartBank with weeks to spare.

On this, the club’s directors added: “By confirming that we’ll avoid relegation with five rounds to go before the end of the season, we can already plan ahead for next season with the peace of mind of knowing that we’ll be enjoying this adventure for another year and making the most of the benefits that LaLiga offers you as a club. One of our main goals is to make ourselves known, for everyone to know that 'We are Burgos CF and that we are here to stay'.”

It is natural for a club to look back to the past during a centenary year and to help the fanbase take a trip down memory lane. This is what all those working at Burgos CF have been doing in 2022, keenly aware of the power nostalgia has for growing the brand into the future.

The club pointed out: “Nostalgia plays a very important factor in marketing nowadays and even more so with the current boom for bringing back the fashion, trends and styles of the past. Happy memories create nostalgia, as we all want to go back to that moment when we were happy. Nostalgia can make an impact in a way that many marketing or branding strategies can’t.”

It takes more than just nostalgia, though, to construct an identity for the future and that’s why Burgos CF will also promote the more modern aspects of the club. This includes the impressive job of 36-year-old sporting director Michu, the club’s nutrition and first aid workshops for the community and the institution’s plans to use the Boost LaLiga investment funds to improve facilities at the club’s sporting complex and at El Plantío.

Burgos CF will also work more and more closely with the city’s tourism board to promote a crossover between football fans visiting to watch the team and tourists coming to the city for its other landmarks. On this, the club explained: “One thing we really believe in is uniting the brand of the city with the brand of Burgos CF. We want to offer people the opportunity to enjoy a complete weekend and the full Burgos experience, combining our gastronomy with our football, or our cathedral with our football.”

As part of this, there are plans to launch a package that will include a visit to the city’s cathedral, a meal at a restaurant serving typical Burgos food and a ticket to a Burgos CF home game.

It is clear, therefore, that there are many plans for the future and that Burgos CF has made the most of this unique anniversary to strengthen its brand and to make 2022 a springboard. The club concluded: “We understand that the stronger the image of our brand is, the easier it will be to reach the general public. We can, in this way, differentiate ourselves from competitors and increase our fanbase, which is one of the key points of our marketing and communication plan for the coming season.”