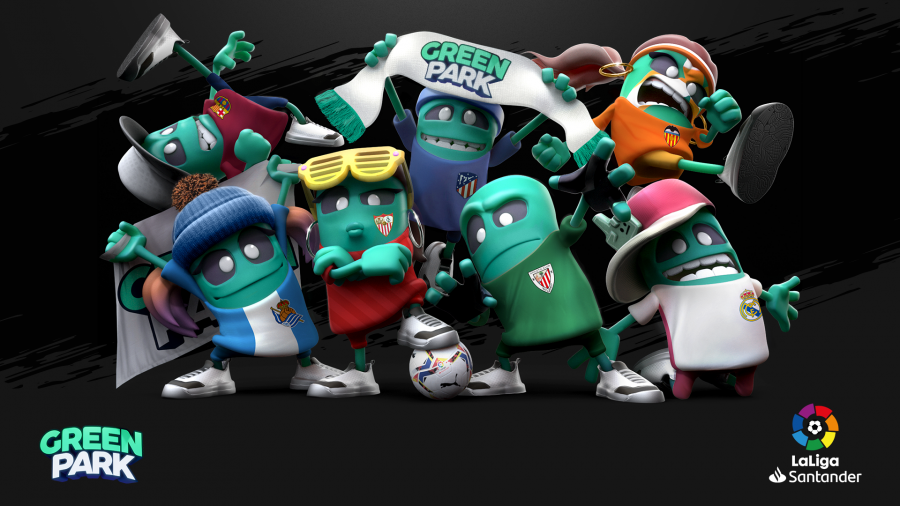 GreenPark Sports the fan-focused publisher and developer of mobile games and social experiences, has announced a global partnership with LaLiga. The two entities will work closely together in the multiyear deal to engage next-generation football fans in GreenPark’s virtual metaverse for sports and esports fans.

With the commitment to captivate local fan communities and networks, the partnership allows fans to select any of LaLiga Santander’s 20 teams as they flex their team spirit using their in-game avatar.

As a GreenPark “superfan,” players will also be able to digitally outfit their avatar with authentic and custom LaLiga team gear, while participating in obstacle course runs, dance battles and various other minigames including some that leverage real-time scoring and statistics. In-game currency can also be exchanged for exclusive rewards and digital fan-gear.

“As one of the leading sports brands in the world, we continuously explore all the unique avenues to connect and engage with our fans globally. This partnership will let us get closer to the gaming community worldwide and offer them the possibility to follow the best football in the world” said Oscar Mayo, Head of Marketing and International Development at LaLiga.

“We are confident that our partnership with GreenPark Sports will help us reach the next generation of fans by offering an exciting virtual arena for them to be a part of.”

Launching in early 2021, GreenPark Sports creates immersive social platforms for the new generation of sports and esports fans. The free-to-play mobile app will offer in-game experiences, allowing fans to battle it out through a variety of challenges and become the undisputed “Best Fans” of their league. Players can earn rewards virtually as well as exclusive tangible rewards.

"LaLiga represents some of the largest brands in all of sport, and the fueling passion from their fans is unparalleled,” said Tony Grillo, Vice President of Business Operations at GreenPark. “We look forward to co-creating special experiences for their fans and seeing them bring their energy into GreenPark."

The new partnership follows GreenPark’s announcements with the National Basketball Association (NBA) earlier this month and the League of Legends Championship Series (LCS) in January.