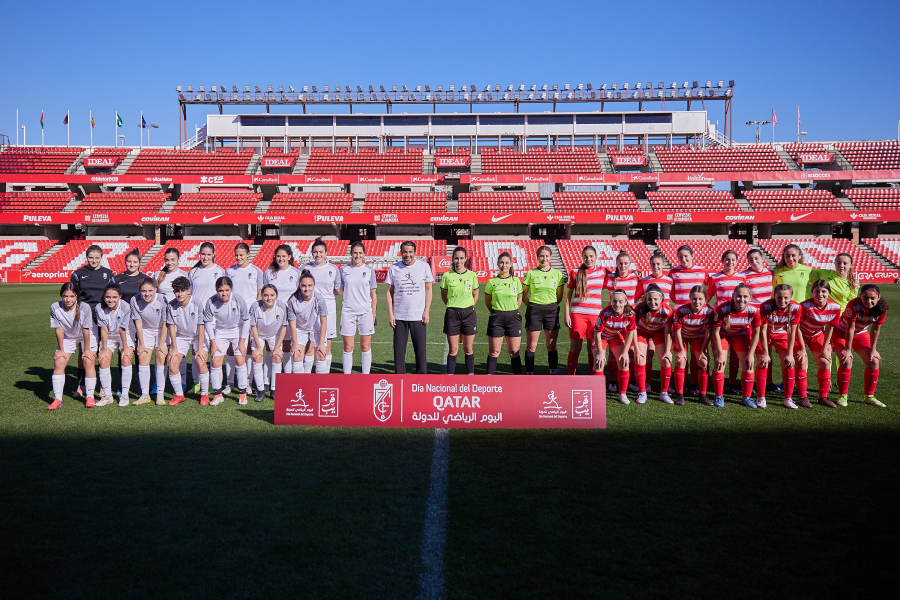 The city of Granada in the south of Spain is one of the most historic and culturally significant in the whole country and there is a strong Arab heritage, most famously at the Alhambra, a UNESCO World Heritage Site. As Granada CF, the city’s LaLiga Santander football team, looks to continue its internationalisation efforts, the club is drawing on these historical links to reach fans in the Arabic-speaking world.

The Andalusian club has already organised multiple initiatives in the first few months of 2022 as part of this project. One was to launch an Arabic language Twitter account, having estimated that around 10 percent of the club’s overall social media followers speak this language. Another saw the Estadio Nuevo Los Cármenes host an event for the Qatar National Sport Day in collaboration with the Qatar Embassy in Spain. The Qatari ambassador Abdalla Al Hamar and the Academy of Diplomacy’s executive president Santiago Velo visited the club’s facilities for that event.

This is part of Granada CF’s overall internationalisation strategy, which is overseen by the club’s general director Patricia Rodríguez. The club is keen to follow LaLiga’s lead in expanding beyond Spain’s borders, explaining: “Over the past decade, LaLiga has started a journey at the international level that has served as a reference point for clubs to expand beyond Spain’s borders. The chance to reach new markets and attract foreign talent is a key part in consolidating Granada CF's project as a sustainable, attractive and ambitious club.”

For Granada CF, there are two main markets of interest. As the club has stated: “Granada CF's ownership has set two international markets as priorities for establishing ties and collaboration projects: the People's Republic of China, due to the ownership group’s background, and the Arab world, due to Granada's unique idiosyncrasy and the global image it enjoys thanks to iconic sites such as the Alhambra, which is a World Heritage Site.”

The Andalusian club is taking this internationalisation project very seriously and has a dedicated director for the Middle East & North Africa, Khaled Shagwara. Discussing how exactly the club is aiming to build on its historic ties with this region, he said: “Granada CF has launched an international expansion plan which includes the 'Qarib' project, with the translation of this word from Arabic meaning 'close or nearby’. Its objective is to strengthen the club's links with the Arab world. This action plan stems from the desire to serve as a bridge between football fans in Arab countries and the city and province of Granada, which is a natural connection due to its historical and cultural heritage.”

Shagwara has been working on the ‘Qarib’ project and related events, such as the Qatar National Sport Day. As part of those celebrations, a tournament for boys and girls was held at the Estadio Nuevo Los Cármenes in February, while the stadium also hosted an exhibition showcasing models of the stadiums that will host the next World Cup.

With the next World Cup taking place at the end of this year, it is significant that Granada CF was chosen to host such an event on this occasion. As Shagwara pointed out: “This event was held for the first time ever in Granada in what is a special year for the football world and for Qatar, which will host the FIFA World Cup in November and December.”

Granada CF’s internationalisation project is only just beginning and the club plans to organise many more initiatives and events in collaboration with countries from the Arab world. In this, the club has the support of Spain’s Academy of Diplomacy, while LaLiga’s recent agreement with CVC, called Boost LaLiga, will also help the club to invest in reinforcing these historical ties through modern means.

As the club concluded: “Thanks to the capital from CVC, the club can make investments in this market as part its strategic plan, to strengthen the club, LaLiga, the city of Granada and province of Granada.”