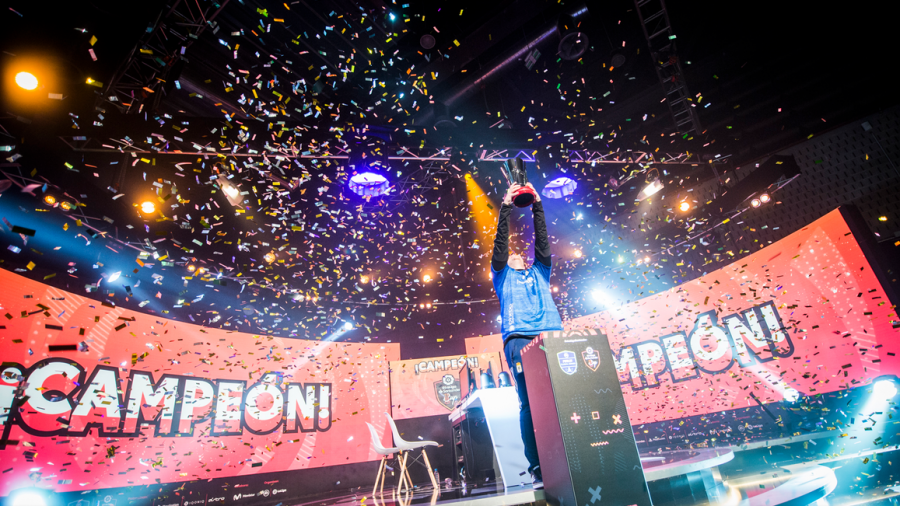 Gaming is bringing a new generation of fans to Real Oviedo

Real Oviedo has claimed numerous titles in a history spanning 95 years, the latest of which being the eLaLiga Santander Cup thanks to the FIFA 21 skills of Adriman, who defeated counterparts from CF Fuenlabrada, Villarreal CF and Levante UD in order to lift the trophy. Such successes in competitive gaming are important for Real Oviedo, as they enhance the club’s brand and help reach younger fans.

The club’s gaming project only began in 2019/20 and thanks to a partnership with DUX Gaming, the Asturian side has quickly become a force on the scene. A strong start to the current eLaLiga Santander season earned the club a place in the eLaLiga Santander Cup, a mid-season tournament held for the eight highest ranked sides across the two groups of the competition.

Thanks to its star signing Adriman, Real Oviedo currently leads Group B and now also has the mid-season title in its possession.

“This is a step forward in our backing of new competitive models within the club, opening new growth opportunities at all levels,” said Fernando Corral, the director at Real Oviedo who oversees the competitive gaming project. “The impact has been incredible, on social media and in terms of views. It’s not normal for the final to be watched by 20,000 connected viewers, many of whom were Real Oviedo fans.”

Importantly for the club’s growth, the final between Adriman and Levante UD’s MaestroSquad was not only watched by existing Real Oviedo supporters. Other fans tuned in to see how the two stars would fare which represented an opportunity for Real Oviedo to reach a broader, younger audience.

The club’s men’s first team has not been in the top division of Spanish football since 2001 meaning it has not been as exposed to large audiences as a regular LaLiga Santander side like Levante UD. Competitive gaming, therefore, can help Real Oviedo tell their story.

Looking to establish themselves as a leader in the Spanish competitive gaming field, Real Oviedo is putting together various projects. As Corral revealed: “Our plan is to grow our development structures and the creation of events linked with our foundation, which can bring about new funding sources that will allow us to contribute socially to the education of young people through gaming.”

The club’s early success in this field has also opened up commercial opportunities, although this isn’t the principal objective at this stage. “Until now, finding sponsors wasn’t our priority,” Corral said. “However, because of our success there are already some sponsors interested in our team. I don’t think this is the moment to monetise this section, though, as this is a time to lay the foundations for continued success, so that it’s not a flash in the pan.”