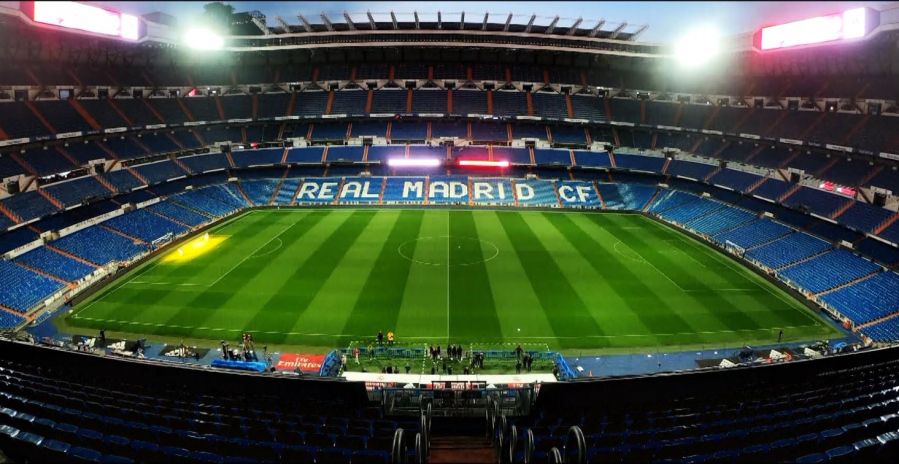 ElClásico: The technology behind the world’s biggest club football match

The month of March began with the most anticipated fixture in football, ElClásico. Underlining the global popularity of the clash between Real Madrid CF and FC Barcelona, the world’s media congregated at Santiago Bernabéu Stadium to cover the match. But the on-field action is only part of the story.

Creating a world-class football spectacle depends on world-class players but also the technology to bring the action to life. LaLiga has been working with its content partner MEDIAPRO on a series of innovations that help ElClásico maintain its global profile.

Revolutionary technology to broadcast the best football
LaLiga matches take on another dimension thanks to the league’s production in 4K-HDR, which is used regularly for highlight fixtures. LaLiga is one of the few sporting competitions in the world that is broadcast in HDR in order to bring the sharpest possible image to the spectator. This month’s ElClásico was simulcast in 4K HDR-HD through 33 production cameras inside the stadium.

Real-time data and graphics through MediaCoach
Through an additional 16 cameras positioned inside the ground, LaLiga’s Mediacoach allows for real-time tracking data that adds a new layer of detail for both the clubs and the watching TV audience. By capturing detailed player movements, coaching teams can spot tactical changes immediately and adjust their approach, for example.

As the signal from these cameras is analysed in real time in the stadiums, as well remotely through the cloud, it is also being used to assist the match broadcast with 3D graphics.

LaLiga is the only national competition in the world to generate virtual graphics in live broadcasts, giving the viewer a new level of insight. Using Mediacoach, live heatmaps or arrows showing tactical changes are used, telling the story of the match in a unique and visual way.

Using the same tracking cameras, Mediacoach can also determine the ball’s exact position on the pitch and automatically activate ambient microphones, improving the sound of the match broadcast.

Aerial cameras
At 21 meters above the pitch, LaLiga’s aerial cameras offer spectacular images to the spectator. At this height, the cameras can travel at speeds of ten metres per second, covering an area of almost 7,000 m². On top of this, it broadcasts in high definition with a 14X zoom, transmitting images by optical fibre directly to the mobile broadcasting unit to ensure that every key moment is captured.

The Santiago Bernabéu stadium is one of 11 LaLiga stadiums to accommodate aerial cameras, the highest number of any league.

Unique viewing angles through new technology
A further 38 Ultra High Definition cameras in the stadium help to create another unique LaLiga technology, Replay360°. By capturing the action from every possible angle, LaLiga produces volumetric video replays that are shared with broadcasters. Using this, broadcasters can recreate highlight moments from the match and rotate the view for the best possible angle.

In addition, LaLiga’s 'Be The Player' technology puts the viewer in a player’s eye view of the action, zooming onto the pitch itself to reveal how the players themselves experienced a particular moment.

ElClásico broadcast live in 182 countries
This combination of technologies has helped LaLiga to create a match viewing experience unlike any other and with ElClásico, it can be enjoyed by one of the largest TV audiences in the sports industry. A total of 182 countries were able to enjoy the match, reaching a potential audience of more than 650 million people.