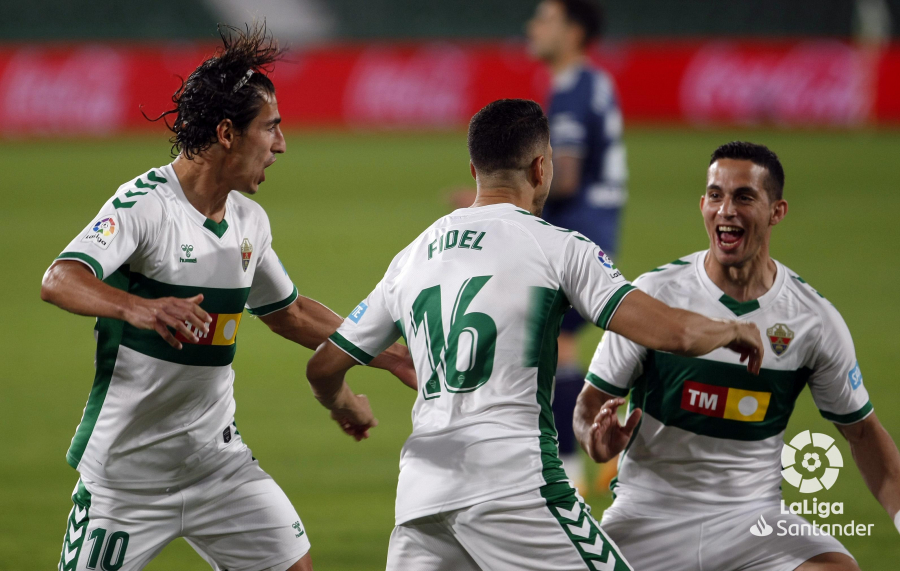 LaLiga Santander club Elche CF has taken a step forward in its partnership with SFIDANTE Inc., the app-development and online services company that has been aligned with the club for the past three years.

Having signed their original agreement in 2017, the two entities have extended their relationship to create mutual benefits. The Japanese company will receive added exposure through positioning of its logo on the sleeve of the Elche CF kit, while its presence inside the club’s Marínez Valero stadium will also be much greater.

By further promoting its collaboration with SFIDANTE Inc. and deepening its already close relationship, the club expects to significantly enhance its visibility in the Japanese market as it continues its international expansion.

"For us it is essential to be able to work with partners like SFIDANTE that have trusted us for many years," said Patricia Rodríguez, general director of Elche CF. “We are convinced that together we will achieve great things.”

Having maintained a productive working relationship for the last three years, SFIDANTE Inc has underlined its commitment to the club by renewing its agreement. With the club now having achieved promotion, the brand is hopeful of further enhancing its collaboration in the future.

“The visibility of Elche CF has been steadily increasing,” said Keisuke Yasumoto, CEO of SFIDANTE Inc. “This will grow further after its promotion and its participation in LaLiga Santander.”

An open door to the club in Japan
Extending this sponsorship agreement represent the latest step in Elche CF’s international expansion strategy, which specifically targets Japan as well as the wider Asian continent for further business development.

Within Japan, the club’s internationalisation strategy includes the development of football academies that can deepen the links between Spanish and Japanese players. Already, star names from the country in the form of Takefusa Kubo, Takashi Inui and Shinji Okazaki ply their trade in LaLiga Santander.

Developing football academies presents multiple benefits for Elche CF. As well as extending its brand presence and improving its access to potential football stars of the future, it also helps to promote football at a local level in Japan, in line with LaLiga’s strategy for building the game around the world.

"We trust that our global strategy, beginning with the alliance with SFIDANTE, will help us attract new Japanese fans,” Rodríguez continued. “We want to make ourselves better known in the country and think Japanese football fans can fall in love with our story.”