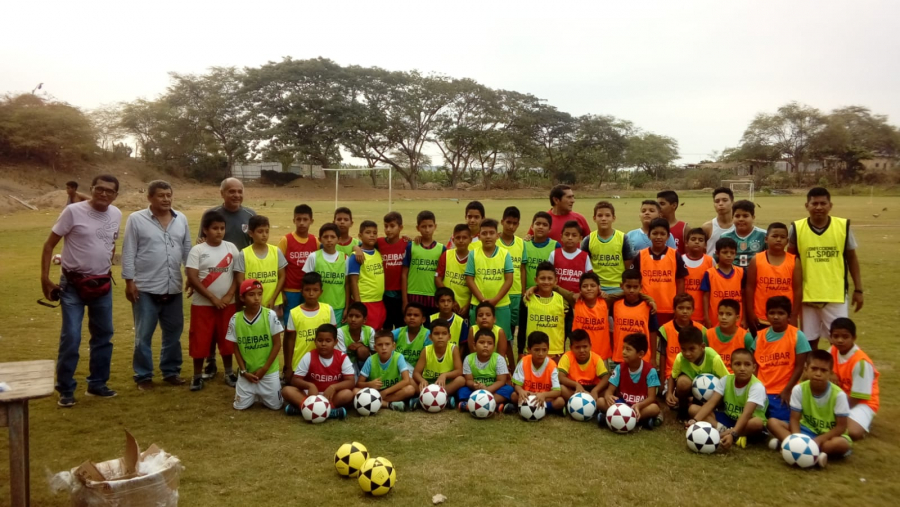 Education and the protection of children is a fundamental project for many global organisations. From the small Gipuzkoa province in Spain’s basque country, LaLiga Santander club SD Eibar has worked to share its values of equality and respect around the world for over 15 years. Since 2005 for example, it was worked with Eibar-based NGO Egoaizia on a project that seeks to improve the quality of life for young people in Peru.

In Piura, a city located in north-western Peru, groups of children at risk of social exclusion are welcomed to the Eibar-Piura Sports School. Many individuals have arrived from surrounding rural areas such as the Santa Catalina de Mossa district, but this year the initiative has extended to boys and girls from the Pampas de Hospital district

“Through football, the values of integration can be transmitted to boys and girls,” explains Elisa Mangado, head of the SD Eibar foundation. “These human values are the hallmark of our own foundation as much as our school in Peru. How children interact with other people, behave in public and make decisions is important to us as a club and as people. We aim to teach respect, commitment, discipline, humility, solidarity and honesty."

The project also works with parents of the children through workshops aimed at reinforcing this transmission of these values at the school.

All economic resources that are contributed by the SD Eibar foundation are channelled through the local NGO Egoaizia. Beyond this financial support, the club also offers sports equipment to the children who are part of this project. "Every year we send kits from the previous season as well as training kit and boots," Mangado commented.

Offering sporting development and exposure
To extend its influence of the school further across Peru, the Eibar-Piura Sports School has participated in ‘Growing up with Football’ tournaments, developed by the Peruvian Football Federation for boys and girls between 7 and 12 years of age, since 2007. In addition, the school enters under-14, under-16 and under-17 teams into the Regional Federative Cup tournament, a competition promoted by FIFA that it is intended to discover new talents of the future.

“We also participate in the women's football tournament organised by the regional federation,” Mangado added. “Since 2016, the Piura Women's Football District League has been held, which offers winners the chance to qualify for the Copa Libertadores Sudamericana of women's football.”

The school also takes part in the Piura District Football League, a championship for 14 to 18 year olds that Mangado noted "has allowed players exposure to teams at the national level." It has also organised its own tournaments, such as the 'Inter-Educational Women's under-15 Championship ', which is held annually in the cities of Piura and Castilla.

“Our objective is to support the global work of the club, which has been continuing for many years, as well as providing opportunities for youngsters at risk of social exclusion,” Mangado clarified. "The Foundation is designed to support local initiatives linked to sports, education and childhood development, as well as the transmission of values to those groups where it operates."

Volunteers see the educational value of football
The project, which aims to influence people's attitudes and behaviours, has also made an impact on the volunteers who signed up to help.

José Echaniz, a young student and footballer from Eibar, took up a two-month volunteering role in Peru through a project led by the Egoaizia NGO. “I was working every day but made some of my best memories, where I really understood the values of football, he said. "As a friend I met in Peru said: these actions are what make the world change."

Another volunteer, Alain Peña, added: “Above all, you see the clear development of boys and girls in the region and sport functioning as an educational tool. It’s an experience I will remember fondly forever."