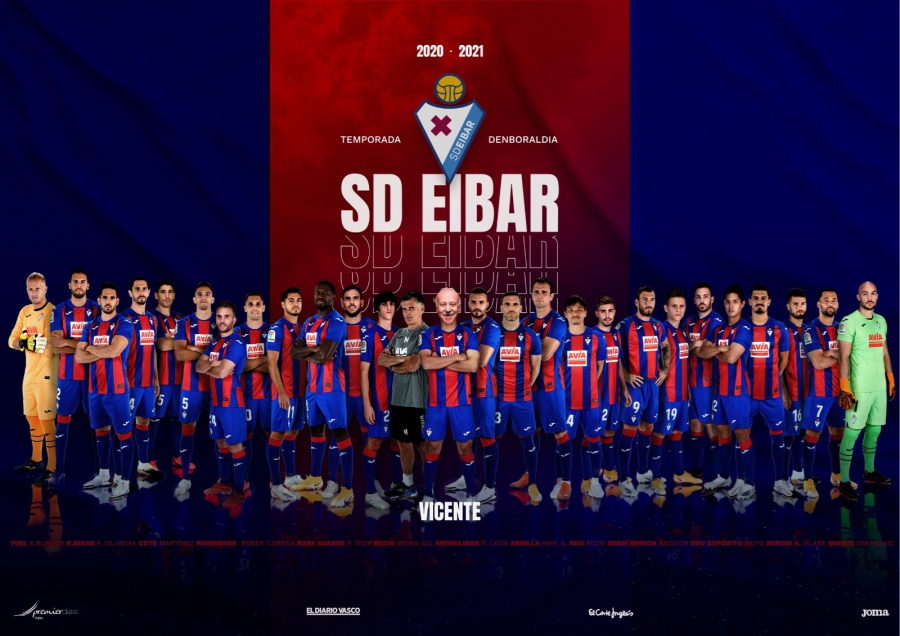 The local roots of football are particularly visible at SD Eibar, the LaLiga Santander club from a town of just 27,000 people where blocks of flats overlook the Ipurua stadium. But the club’s modest size has become a calling card for international expansion; after six years in the top tier of Spanish football it now counts investors from over 65 countries. Maintaining contact with these stakeholders, both locally and globally, has become key to Eibar’s strategy.

With the global pandemic still requiring matches to be played behind closed doors, the Basque club has felt the absence of its usually vocal fanbase, even if some have been able to watch games from the apartments that surround the pitch. For a club that defines itself by the close links to its fanbase, there was a need for Eibar to find another way for fans to stay close to the team. This season, technology is helping to fulfil that need.

“This club can’t be understood without our season ticket holders, our shareholders and our fans,” explained Unai Artetxe, SD Eibar’s director of communication. “The COVID-19 pandemic encouraged us to do something different.”

A digital strategy that reaches more groups
For several years, digitalisation has been at the heart of how Eibar keeps in touch with shareholders around the world as well as local season ticket holders and fans.

“Just over a year ago, we created Eibar Fan Club, a digital loyalty platform that is still being developed,” Artetxe said. “It allows users to earn prizes for purchasing products or for taking part in surveys, as well as attending matches at the stadium, when this is once again possible.”

As an extension to this, the club has brought its past three general shareholders meetings online to allow shareholders who are unable to attend in person to vote electronically. The most recent meeting was held entirely online because of COVID-19 restrictions.

“We still want to prioritise in-person initiatives and look after the fans who come to Ipurua to follow the team, but at the same time we will work on increasing the profile of the club in other areas of the world.”

Personalised photo experience
As an example of this, SD Eibar has developed a website for fans to create a digital poster with the men’s or women’s first-team squads that features their own photo.

“Our poster usually features 25 players along with coaching staff, doctors, physios, equipment staff and the matchday delegate, Artetxe explained. We saw that we could make a montage with these photos and leave space for fans. They can then create a digital poster that can be download easily and used as a background photo, for example.”

Photos can be taken through the user’s mobile phone, tablet or desktop, which then appear in the centre of the official team poster, surrounded by the players and the coach. As well as adding a personal touch, the initiative has eliminated the use of paper, with fans choosing to download a digital version instead.

Since launch, Eibar has reported more than 2,000 posters have been created by fans all around the world. Even former Spain coach Vicente del Bosque, who recently visited Ipurua, has created his personalised poster.

A social following 25 times the size of local population
With digital initiatives such as this, SD Eibar is achieving visibility far beyond the small Basque town where it is based. “Eibar is a city with just 27,000 residents, but there are more than 700,000 accounts following the football club across its social media platforms,” Artetxe noted. “We have accounts in Spanish, Basque, English and Japanese.”

Through various online campaigns, including a regular newsletter, this audience is kept informed of all developments from inside the club. In this way, the club is maintaining and growing connections with fans and followers who have not been able to engage in person for these past 11 months.

“It’s tough not being able to count on the fans’ support during the matches,” Artetxe concluded. “But this way we have stayed in permanent contact with them, giving them something to remember us by.”