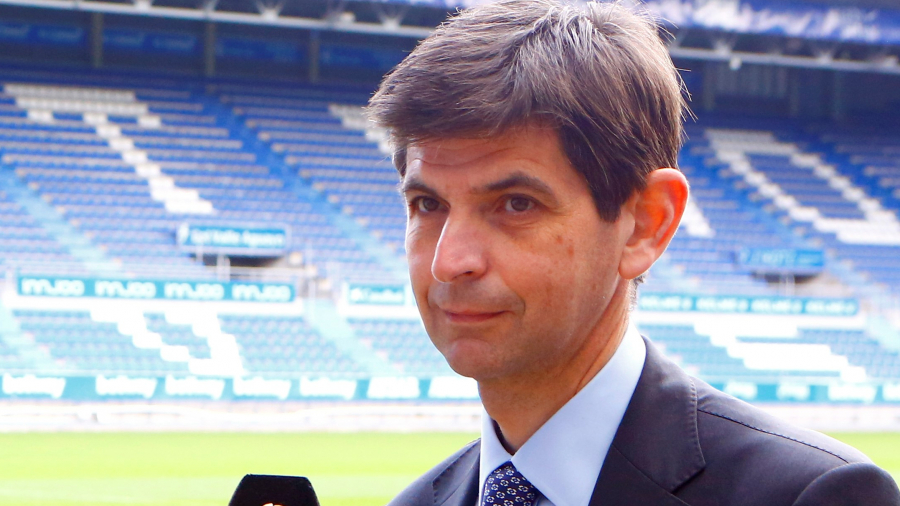 The current season is unique for Deportivo Alavés in many ways, most importantly because the Basque side is celebrating 100 years of history.

The 2020/21 season will also be remembered as a season that was marked by the pandemic in which, so far, fans have been unable to attend matches at the Mendizorroza stadium. But despite this challenge, Alavés is doubling down on its plans for domestic and international growth.

To tackle the current situation, the club owned by Baskonia-Alavés group has been working on finding alternative income sources and have been developing a series of medium-term and long-term projects that will bring in more revenue and stabilise the club in the top-flight of Spanish football, where it has been playing for the last five seasons.

In a call organised by LaLiga for international media, club president Alfonso Fernández de Trocóniz said: “The history of Deportivo Alavés has always been one of ups and downs. There have been some good moments and some bad ones, which even put our survival in doubt. But our aim is for the natural habitat of Deportivo Alavés to be LaLiga Santander.”

TV as the main income source
LaLiga’s current model for distributing income from TV rights sales has made the competition more balanced and empowered clubs. While this has brought advantages to clubs like Alavés, Fernández de Trocóniz explained the need for clubs to also find alternative income sources. “TV money is the income source that most clubs are funded by,” he said. “There is a need to diversify in order to create long-term sustainability.”

For a club like Alavés, this creates a need to stand out in a crowded marketplace. “The city where we are isn’t very big: it has 250,000 residents,” Fernández de Trocóniz added. “We have a basketball team here too, which is part of the same ownership group and has a long history as well. There are also five LaLiga Santander teams in the radius of 100 kilometres around our city, so that increases the competition.”

A recruitment policy linked to internationalisation
The club’s stature means it is forced to think outside the box and come up with smart solutions in order to compete. As Fernández de Trocóniz continued: “We back and we believe in youth football and we have a formula to develop players who grow with us and who can make it to the first team or eventually bring in a transfer fee.”

This policy is increasingly linked to the club’s internationalisation strategy through owners Baskonia-Alavés, which aside from owning the local basketball team also operate a number of football clubs, including NK Instra 1961 in Croatia. Similar agreements are in place in Japan, Finland and Indonesia.

The Croatian team is 85% owned by Deportivo Alavés and 15% by Pula, the city where it is based. Describing this project, Fernández de Trocóniz said: “We think it is very interesting because many players from Croatia and from that area have managed to make it to top-level European clubs and we think being present there gives us a good chance of finding such talent. It could be that they become Deportivo Alavés players in the future or that we gain some economic return from it.”

The Croatian club has a tradition of developing youngsters which for Alavés could represent a new generation of talent. “NK Istra 1961 have one of the best academies in Croatian football and they have a very good structure when it comes to youth football and developing international players at all levels,” Fernández de Trocóniz contined. “This is a very complicated project, but it is one that excites and motivates us a lot.”

The club is also looking for new sponsors and the further acquisition of clubs outside of Spain to continue this growth on and off the pitch. The president also confirmed a project that will see the creation of a university that is linked to sport, with Grupo Baskonia as one of the developers. This new site will also be linked to the Deportivo Alavés sporting complex.

Social media as a building block
Another key growth area is the work being done in the digital sphere. Social media is a priority for the club in terms of building and rolling out its brand and in terms of communicating with fans.

“Social media is an essential component in what we’re doing, for growing the fanbase and for keeping our supporters informed,” Fernández de Trocóniz added. “For us, our fans aren’t only those who go to the stadium. They’re also those who are on the other side of the TV screen or those on devices with social media.”

“There is a magnificent opportunity to get to know and to interact with our fans. We’re making major efforts in this department and are regularly present on social media, improving our offering by communicating in multiple languages,” he noted.

Growth through online retail
Elsewhere in the digital world, Alavés is seeing success through online retail.  “There has been an increase in sales compared to what there was before,” Fernández de Trocóniz revealed. “What attracts fans to this store the most are matchdays and they can’t attend right now. Luckily, though, we have a very loyal fanbase and they haven’t stopped supporting us. This is one line of business that is doing well and that will undoubtedly keep growing.”

The president has also revealed that, to have further income sources that aren’t related to matchdays, the club intends to run atypical activities to compete with other cities and teams that might have greater demographic possibilities or a stronger historical pull. “We’re considering investment and heritage projects and are looking to reach collaboration agreements with other teams,” he said.

The stadium redevelopment as the cornerstone of growth
At the heart of the club’s growth will be the redevelopment of the Mendizorroza stadium, which is seen as fundamental in generating new revenue. Over the medium to long-term, the plan is for the stadium to make money not only on matchdays but also, for example, through the hosting of business meetings at the new spaces at the ground.

“Currently we have a stadium with a capacity for around 20,000 spectators and what we want to do is increase that to 27,000, with the possibility of then growing to 32,000 without having to carry out significantly more work,” Fernández de Trocóniz explained. “We also want to modernise the stadium and put in areas that will improve the matchday experience and produce a greater return on investment for the club.”

The pandemic halted the start of this ambitious stadium project and it will be kept on hold until health conditions allow. But already, it is clear to see that Deportivo Alavés is laying the foundations for its next hundred years.

“We designed a lot of initiatives for the whole centenary year, with more than 100 events for the 100 years, some of them online and some of them in-person whenever it is safe and possible to do so,” Fernández de Trocóniz concluded. “We hope that in the second half of the year we’ll be able to have more fans physically at these events. But there is a lot of progress being made.”