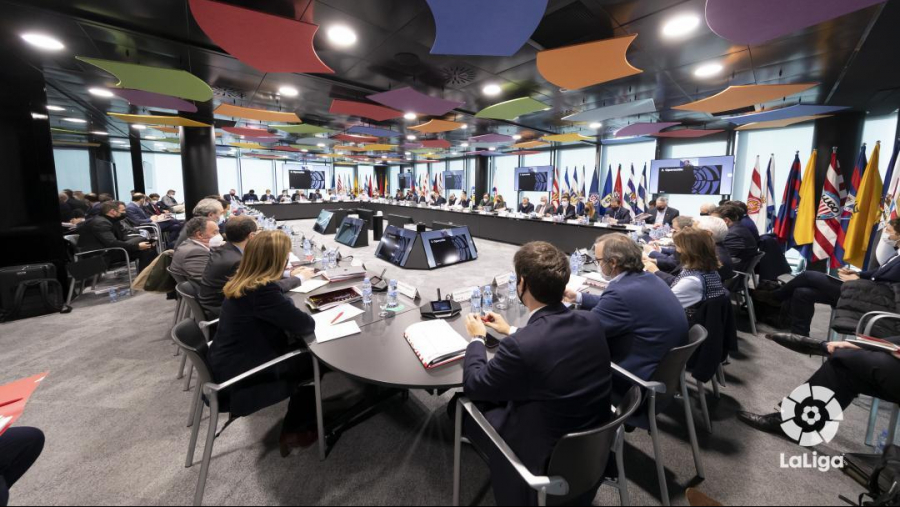 LaLiga’s collaboration with CVC, a global investment fund with experience of working with sporting organisations, has brought major support to the development strategy that will allow LaLiga and its clubs to accelerate their growth. Directors at the majority of LaLiga Santander and LaLiga SmartBank teams are pleased that the LaLiga Impulso – Boost LaLiga, in English – project was ratified on December 10 and view it as a great opportunity to make LaLiga, its clubs and Spanish football stronger.

On Boost LaLiga, Alfonso Fernández de Trocóniz, the president of Deportivo Alavés, said: “This is a very important agreement. It is one of the most significant in the recent history of LaLiga and it’ll allow LaLiga to grow a lot and, as such, all the clubs will be able to improve our competitiveness and develop our infrastructure, technology and overall positions. I think this is a very important day for the future of the clubs and of LaLiga.”

Francisco Javier Catalán, the president of Levante UD, echoed that by saying: “It’s a very important day for LaLiga, one that I believe will mark a before and after. We were already saying this months ago, in May, when we started to work on this project after an assembly. Now, we have the final ratification. I’d have loved all to be involved and for this to be a project for absolutely everyone to benefit Spanish professional football.”

Continuing, Catalán added: “I think this is a project for the present, but especially for the future. We have demonstrated that this is a solid sector and we have thought ahead about what we can build together. We needed a travel companion for this journey and we’ve chosen one. I’m convinced that this will be a significant step forward to grow and strengthen our structures, ensuring that we become better clubs and that our fans see more efficient management models. We need to get to work now, as there is a lot to do.”

Jokin Aperribay, the Real Sociedad president, was another to offer a view on the agreement and he said: “For LaLiga, this is an important day. When talking about a period of 50 years into the future, sometimes you need to think about decisions for the very long term, so that fans can know there will be a competitive league. I’d like the union between everyone to make LaLiga better and I’d like fans of Spanish football to feel that the league is getting stronger. This is an obligation for the directors at LaLiga and its clubs and we’re working on this.”

Anil Murthy, the president at Valencia CF, stated: “It is an important day for all of the clubs of LaLiga. After many months of conversations and discussions, we have made an important decision to help LaLiga grow. It’s now important for everyone to invest well in things that will help us all to grow together.”

Patricio Viñayo, the general director of UD Las Palmas, stated: “This has been the most important milestone since the approval of the new law for the collective sale of audiovisual rights, where there was a lot of resistance, as there is with all important steps in every sector. There are clubs that offer resistance when there is a revolutionary change, but, in the end, both that milestone and this one will surely be a legacy we leave for future generations and even for those who voted against the Boost LaLiga project.”

Viñayo then concluded: “It is a long-term agreement and that has allowed us to find a top-level business partner so that Spanish football can keep cutting the huge gap to the Premier League, which was 20 years ahead of us in the decision to sell the competition’s audiovisual rights centrally. This is a democratic and not an elitist movement. From the lower class of Spanish football to the middle class and to the most ambitious and global, nobody will be adversely affected. Everyone will benefit. But, it’s normal that, in situations with something so revolutionary, so significant and so long-term, there will be people who view it with reluctance.”