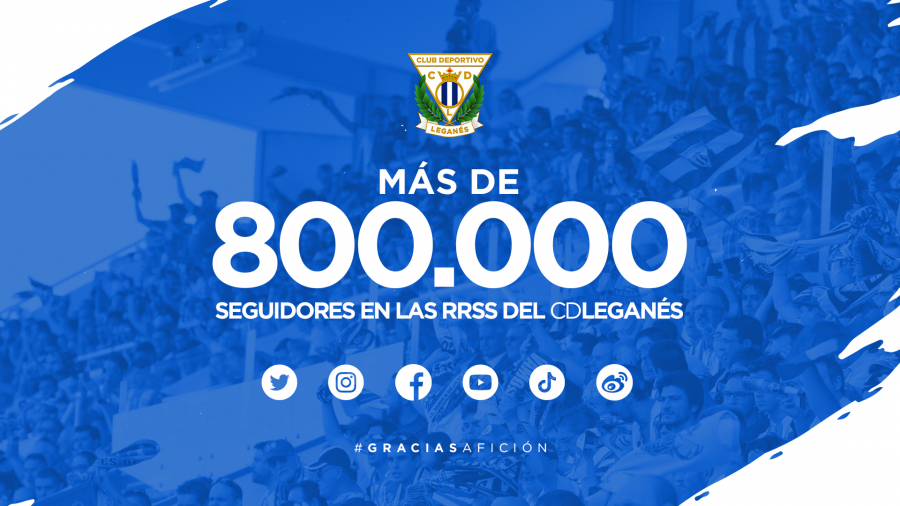 As football clubs continue to increase their global footprint, digital tools have become essential for connecting with fans around the world. Growing online while maintaining a distinct tone of voice can be a challenge, particularly when communicating across various languages and cultures, but it is an accomplishment CD Leganés has been able to make using humour and personalised fan communications.

By re-inventing the club’s approach to digital channels, the LaLiga SmartBank side has enjoyed continued success. Over 800,000 followers are keeping up to date with the club’s latest developments, resulting in tangible economic benefits.

The growth of digital communications
To create more specialised communications and marketing materials, CD Leganés brought two additional staff into the communication department earlier this season, investing in the creation of new platforms to engage users from around the world.

“Our strategy has been focused on improving our digital services for fans by creating a new website for them, by launching a new app and by improving our CRM (Customer Relationship Management) through more personalised messages,” commented Daniel Abanda, the club’s director of communication, business and institutional relations.

As well as building out its platforms and content offering, an effort was made to keep a light-hearted tone across the club’s global channels.

“In this way, we are able to take on the digital challenges that were brought up by the pandemic,” Abanda continued. “We needed to rely on digital media to remain close to our followers and it was essential that we increased our digital content strategy. We opted for more entertainment content which encouraged engagement on our social media.”

The club also launches frequent campaigns to engage and entertain its audience. The most recent has seen photos of fans from around the world appear inside the stadium on matchdays.

“We’re carrying out a promotional campaign that is pioneering in LaLiga, showing digital images of fans and their messages during the game” Abanda said. “Fans can send their photos through a platform from our partner Seyu and this is creating unforgettable experiences for our supporters.”

The fourth most-followed LaLiga SmartBank club
These activities have seen the club’s following increase sharply in the past year. Abanda revealed: “We have surpassed 800,000 social media followers and risen to fourth position in terms of the LaLiga SmartBank teams with the most followers. We’ve also significantly improved our email open rate and have seen downloads of our new app increase by 60% compared to what we had before.”

Within this growth, there has been particular interest from Asia.  According to club figures, CD Leganés is growing quickest on Weibo (the major Chinese social media platform), Instagram and TikTok. There has also been a notable rise in the club’s profile in Japan.

“The work we are carrying out with the support of LaLiga on Weibo is helping us to digitally connect with Chinese fans and we have grown quickly and significantly, already reaching 100,000 followers,” Abanda revealed.

“We have also launched a new Twitter account in Japanese, which has thousands of followers, while carrying out and experimental events such as virtual tours of our Butarque stadium and a virtual ‘meet and greet’ with our Japanese player Gaku Shibasaki.”

Digital transformation and augmented reality
The boost in social media followers has brought monetary returns to the club, with online sales having achieved threefold growth compared to last season. “It’s true that fans have not been able to buy items in person at the stadium, but we are also seeing a direct correlation to the personalised promotional campaigns that we’ve run as well as the growth of our social media following,” said Abanda.

These returns have reinforced the club’s commitment to build a long-term digital strategy that maintains high levels of communication, good humour and intimacy with fans.

To achieve this, the club will be focusing on building new digital tools that make daily document sharing and workflow management easier, while backing LaLiga’s data-driven marketing projects. “This is giving us a better understanding of our user database and it is helping us learn about our followers’ behaviour patterns,” Abanda noted.

As digital adoption increases, fans can expect further creative projects from CD Leganés. One idea from the club is to enter the world of augmented reality and begin more experiential campaigns. But whatever the chosen platform or country, the intentions will be the same: to give fans a personal connection to the club and evoke a sense of fun.

“We must ensure our fans feel closer to the club, even with the distance that the current situation has required,” Abanda concluded. “The best is yet to come as we have several campaigns planned for the coming months that we think our supporters will like.”