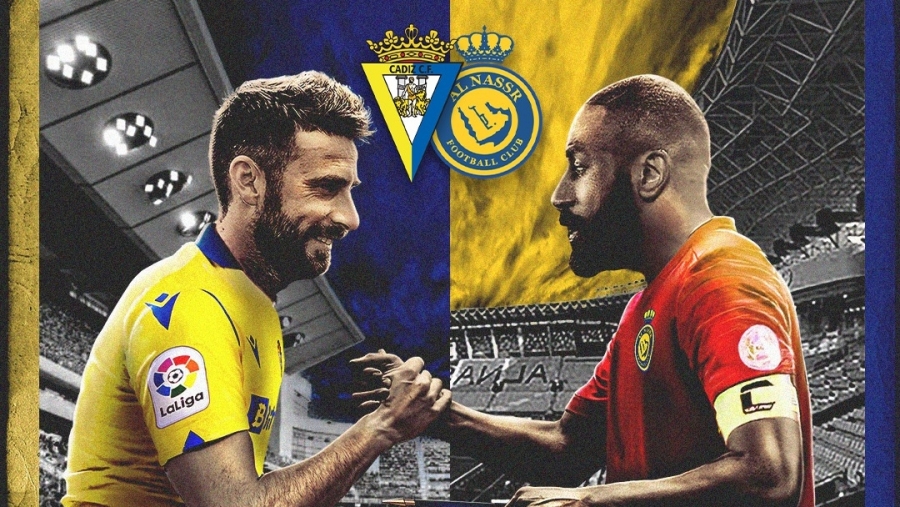 Over the past several years, Cádiz CF has been working hard to grow internationally. With the club’s website and social media available in Spanish, English, Japanese and Arabic, Cádiz CF’s brand is reaching all continents and now strategic collaboration agreements have been established to further boost these internationalisation efforts, including an unprecedented alliance with Saudi Arabian club Al-Nassr.

The Spanish and Saudi Arabian teams have formalised a partnership that will benefit both institutions through knowledge sharing, collaboration on academy programmes and a possible friendly match, among other objectives.

Given that Al-Nassr is one of the biggest clubs in Saudi Arabia and the Asian Football Confederation (AFC), with millions of supporters, this association will help Cádiz CF to promote their brand to a new audience. With the two clubs sharing the same yellow colours and with Cádiz CF already offering an Arabic language website and social media profiles, there is a natural fit.

The directors at Cádiz CF are excited to work with their counterparts at Al-Nassr and the LaLiga Santander club’s vice-president Rafael Contreras explained why, stating: “We have been involved in this process of expanding in strategic countries for several years now. Saudi Arabia is one of them and this agreement is the only one so far with a club from the country. We’re working with one of the best teams in Asia and one with millions of fans. Al-Nassr are currently battling to win their domestic championship.”

Continuing, Contreras outlined the key aims of this project. He said: “The objective is to develop and promote international programmes for the benefit of our club in Saudi Arabia and for Al-Nassr in Spain. A priority as part of our internationalisation plan is to have a presence on the Asian continent and advance our strategy through that. This forms part of that and should help us unlock new revenues that will support us in consolidating our position in Spain’s top division.”

One of the primary ways in which Cádiz CF and Al-Nassr are going to work together will be through academy programmes. Cádiz CF boasts an excellent youth football school and will assist Al-Nassr in evolving their own academy, even offering youngsters from the Saudi Arabian club the opportunity to visit their facilities in Spain for advanced training.

Adding more detail on these plans, Contreras revealed: “As is already happening with some of our other agreements, we’re looking to develop training programmes to promote grassroots football. In the case of Al-Nassr, this will offer Saudi Arabian footballers the chance to enjoy an experience in Cádiz. This project also includes knowledge and experience sharing in order to enhance the training of coaches.”

Another collaboration agreement in Saint Kitts and Nevis

Cádiz CF’s internationalisation strategy goes beyond Asia and beyond partnerships with clubs. The Spanish team has also recently signed an agreement with the football federation of Saint Kitts and Nevis, whose president is former Cádiz CF player Atiba Harris.

There, Cádiz CF will again share its expertise in youth football development, as the club’s coaches and directors will work in the Caribbean country to evolve grassroots programmes for boys and girls, also offering them the opportunity to visit the Cádiz CF facilities in southern Spain and develop their skills there.

The agreements in Saudi Arabia and in Saint Kitts and Nevis are, therefore, just two of multiple memorandums of understanding that Cádiz CF will work on as the club takes its internationalisation strategy to the next level.