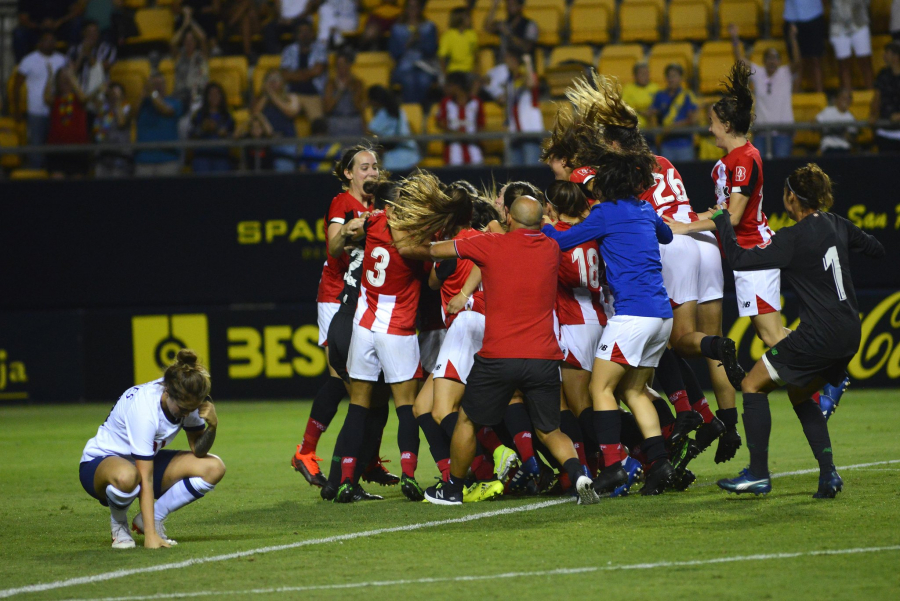 The Ramon de Carranza Trophy is one of the most prestigious pre-season prizes. The summer would simply not be the same without this classic tournament, which this year celebrated its 65th edition by introducing the revolutionary and pioneering initiative of featuring only women’s teams. Such move is completely unprecedented because as in the case of Teresa Herrera Trophy, the women's tournament is usually played concurrently with the men's.

For the tournament, which this summer featured Athletic Club, Real Betis, CD Tacon, Tottenham Hotspur and Cadiz CF, the hosts created a poster as a homage to women's football. The design by Antonio Caro, a member of Cadiz’s Marketing Department, features a cup with mark of the matron from the 1812 Spanish Constitution, in which the figure of women and their power are prominent.

TV support and big brands
"It was a risky change,” commented Cadiz’s Communication Director Jose Grima Peña. “but on the other hand, and considering the changes that teams are making to their pre-season plans and the developments in audiovisual formats, such tournaments have undergone radical changes or they have tended to disappear or become insignificant matches, as has been the case with other summer trophies,"

The organization of the tournament recognizes that "incorporating women’s teams into the trophy is vital, since women's football is now prominent." Moreover, this change would be "a way to get big brands sponsoring the trophy again, as I think has happened and will continue to happen."

The fact that attractive teams are now taking part has also made them live up to the expectations around the trophy and television operators were keen to broadcast the tournament, with Gol Television showing the matches.

"We’ve taken one more step towards becoming a different club, a people’s club, conceived in the very streets of this city. A club where there’s equal opportunity and which is open in every way," continued Grima. "We have a women's team competing in the Spanish top flight and we've already created a youth team. We will continue to take forward steps in women's football."

The achievements of women's football
Women's football continues to break down barriers, climb the rungs of society, and its following is growing. In this season’s Liga Iberdrola clash at the Wanda Metropolitano between Atletico Madrid and FC Barcelona, the attendance record for a live women’s game was broken, with 60,739 fans in the stadium.

The recent successes of Spain's under-17 and under-19 teams, which in 2018 both won the European Championships, were no accidents. This is because LaLiga has been supporting women's football for a long time now, as exemplified by the creation of the Association of Women’s Football Clubs (ACFF), formed in order to give a boost to a sport which at that stage had received little backing.