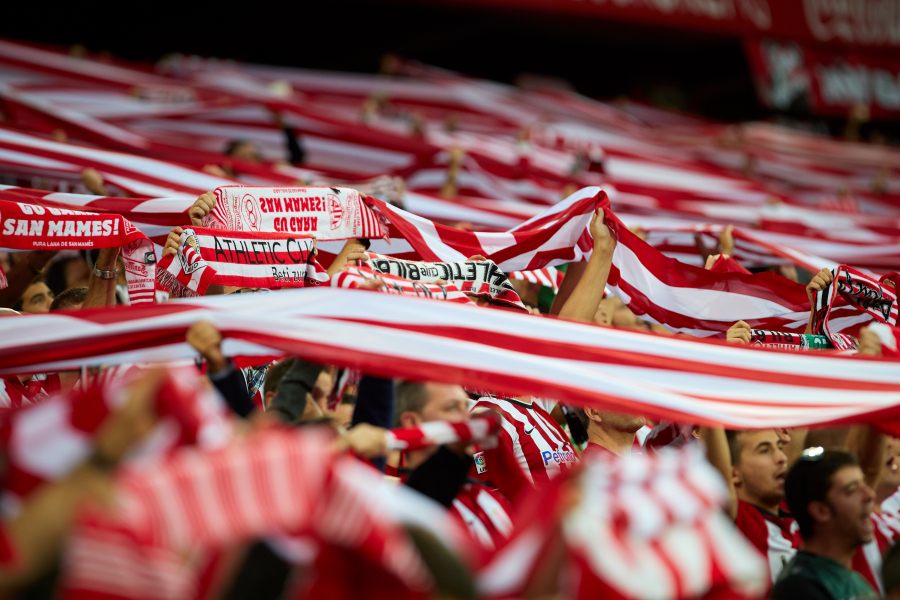 The football philosophy of Athletic Club is known around the world. Its policy of recruiting only local players (from the Basque region) is practically unique in today’s football industry and has been the subject of in-depth articles from Financial Times, The Guardian and the New York Times in recent months.

This approach has turned the club’s Lezama academy into a special and exclusive location, where all players share a local identity and a sense of regional pride. To build on this, the club has invested heavily in education for its young players, ensuring that personal development and academic achievement receives as much focus as footballing success.

It is an important initiative because the future for academy graduates is not always to be a professional footballer. Whether or not they take up a career playing the game, Athletic Club wants to ensure that those who pass through Lezama build ties with the club that will last a lifetime.

With this in mind, the Becas Lezama scholarship programme has been created. By creating links with institutions around the world, the idea is to reward the efforts of players who ultimately left the academy for sporting reasons, but who were exemplary when combining training with their studies.

Qualified specialists to monitor academic progress
In order to continue training and developing in a sporting sense at Lezama, secondary education is already a minimum requirement. The idea to take the next step and support the further studies of players emerged when the club’s charity made a proposal to the sporting department, recommending that it reward players who would not continue as a player but had stood out for their ability to combine studying with training.

“This is one of our many initiatives to convince the players of the personal enjoyment of studying and not just the necessity of it,” the club stated. “They have to see their studies as an opportunity to not only grow as people, but to grow as footballers too. It’s about making them see that both types of development form part of the same path.”

Helping the programme to take shape, various teaching professionals have been brought in to work with the youngsters on their studies. These people closely follow the academic performance and the classroom behaviour of each young footballer in the academy, even holding meetings with the families at the education centres.

“Similarly, they offer private classes to provide extra support to the boys and girls who need it,” the club added.

The feedback from players has been overwhelmingly positive, the club added, as it demonstrates the extent to which Athletic Club will maintain an interest in their growth.

“It's about forming part of something more, the sense of belonging to Athletic Club,” the club concluded. “This is built through all parts of our organisation and with pillars that are more than just football. Football can never be an excuse to abandon personal development.”