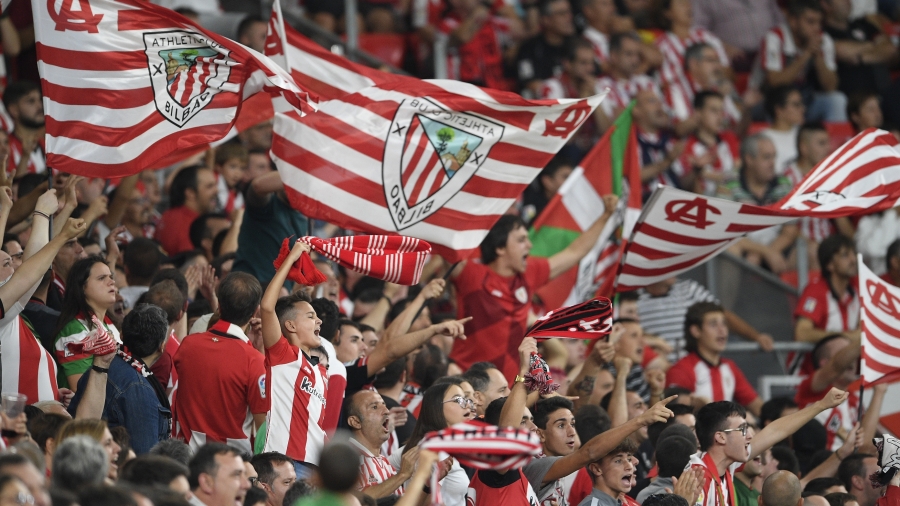 In San Mamés, Athletic Club boast one of the very best stadiums in European football. The new state-of-the-art venue was built on the same site as the Basque team’s former home ground of the same name and was opened in 2013. It has won various awards over the years, having been recognised by the World Architecture Festival in 2015, World Football Summit in 2017 and World Design Awards in 2020, in large part because the club directors are continually making improvements to the venue.

Enhancing the stadium and matchday experience has been one of the main priorities for current president Aitor Elizegi and his administration, who have been in charge at the club since 2018. The most significant project in this sense has been installing an Animation Stand, which is set to be inaugurated at the start of the 2022/23 season, whenever Athletic Club have their first home match of the new LaLiga Santander campaign.

As Iker Goñi, a member of the board of directors at Athletic Club, explained: “In December 2018, the most recent Athletic Club elections were held and, at that time, there was a push for improvements in the atmosphere at San Mamés. At that moment, this project was born. It is something that we had in our electoral programme and something that, above all, the president Aitor Elizegi, and some colleagues on the board of directors, have dedicated a lot of time to, having met with various groups of members from different backgrounds.”

There was a need for this Animation Stand given that the main pockets of atmosphere at San Mamés were spread out across three different zones. As Goñi stated: “The aim of this Animation Stand - which will occupy the whole of the Lower North Stand - is to bring together these three areas of support, because we believe that these blocks will generate much more atmosphere together than each area would separately. If the atmosphere improves, it can spread to the rest of the stadium, which will improve the experience of watching a match at San Mamés, also for the players themselves. It could even have an impact on the team’s results the competition.”

There is another goal too, which is to encourage the younger generations to attend football matches at San Mamés. President Elizegi and his administration listened to the concerns of younger fans when designing this project and even explicitly outlined that the Animation Stand was a wish of these younger season ticket holders in the question that was put to club members at the extraordinary assembly where this plan was approved.

On this, Goñi added: “The second objective is to rejuvenate the Animation Stand. It’ll have at least 50% of ‘Gazte Abonos’, which is the name for a special type of season ticket holder under 28 years of age. So, half of this stand will be for them. We are rejuvenating the stand and also the overall crowd that attends matches at San Mamés. Until now there were 1,200 ‘Gazte Abonos’ and there will soon be at least 2,000.”

Other improvements to the facilities at San Mamés

There have been many other improvements at San Mamés in recent years, with the club making sure to look after all of its members and fans, from the youngest to the oldest. This is why mechanical escalators were installed in 2021, to make access easier for supporters with mobility difficulties and for those with seats at the top end of the arena.

The Athletic Club directors have also worked to improve the pre-match atmosphere in recent years, something they are proud of. Discussing this, Goñi said: “We should highlight that a number of initiatives have been implemented for matchdays. Firstly, the supporters' groups have been provided with a txalaparta [a traditional Basque instrument]. In the build-up to every match, the instrument is played as a warm-up. These pre-match traditions, as well as the San Mamés lights show, have helped to create a better atmosphere.”

Athletic Club have also brought in a ‘Safe Standing’ section, with specially designed rows that allow fans to watch the entire match on their feet without blocking anyone’s view and without the risk of crushes. This has been such a success that more ‘Safe Standing’ zones are eventually expected to be brought in to the new Animation Stand.

The atmosphere has already been getting more and more electric at San Mamés and the Animation Stand will take it to the next level. For more than a century, Bilbao has been famous for its football atmosphere and the youngest generations are ready to take up the baton and continue this tradition.