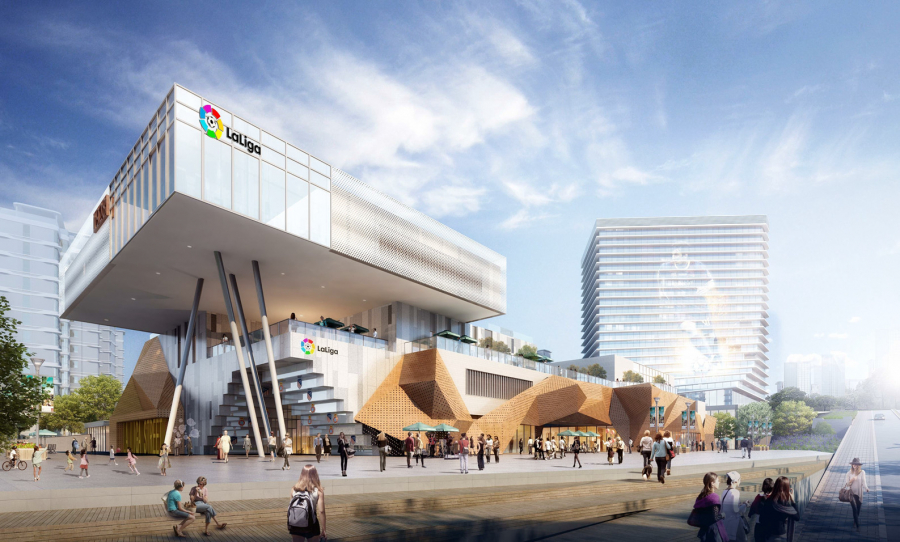 Chinese football is embarking on an ambitious footballing journey as interest in the sport continues to build. Through ongoing investment in its national football league and a commitment to youth development, the Asian market aspires to be one of football’s great powers in years to come.

As an active partner of Chinese football for several years, LaLiga is committed to sharing resources and best practice that will help strengthen football in both countries. The opening of the Spanish league’s first permanent academy in China is evidence of this growing relationship.

The new facilities, located in Anning in the southwest city of Kunming, represent LaLiga’s commitment to building a long-term football culture in China. Expected to start operations in the second half of 2021, it will be made up of schools, sports training camps, a specialised medical centre and a football museum.

In little over three years, LaLiga has already sent hundreds of coaches to China to teach youngsters the basics of the game. The establishment of the league’s own school can take that on-the-ground support to the next level.

The project was presented by LaLiga President Javier Tebas and the China Sports Futurity Investment (CSFI) alongside the governments of the city of Kunming and the county-city of Anning. Also in attendance were Lyu Fan, the ambassador of the People's Republic of China in Spain, and Joaquin de Aristegui, the director-general of the Office for España Global.

Tebas took the opportunity to explain how significant a development this is in Spanish football’s relationship with China, noting: “For years we have been collaborating with Chinese football, its clubs, institutions and academies. This project is a big step forward in LaLiga's strategy in China and shows our commitment to the development of football in the country at all levels.”

"The academy, along with the other facilities, will serve to boost participation in football in the region and improve the quality of the game,” added CSFI President Wang Jianguang. “It will also put the county-city of Anning and the city of Kunming at the forefront of football youth development in China.”

Youth tournament
The announcement forms part of a 10-year agreement and memorandum of understanding that was signed by all the parties involved in Kunming last December. To further increase links between Spanish football and China, LaLiga also announced the creation of a new youth tournament, the Hope Cup, that will see Spanish under-16 sides face off against local Chinese sides.

The agreement also contains commitments for LaLiga Santander sides to visit China and for LaLiga Legends matches to be hosted in the country. Exchanges between academies from both countries have also been agreed, as part of this joint effort to improve the level of Chinese football and to create unique experiences for all of the youngsters involved, at both Chinese and the Spanish clubs.