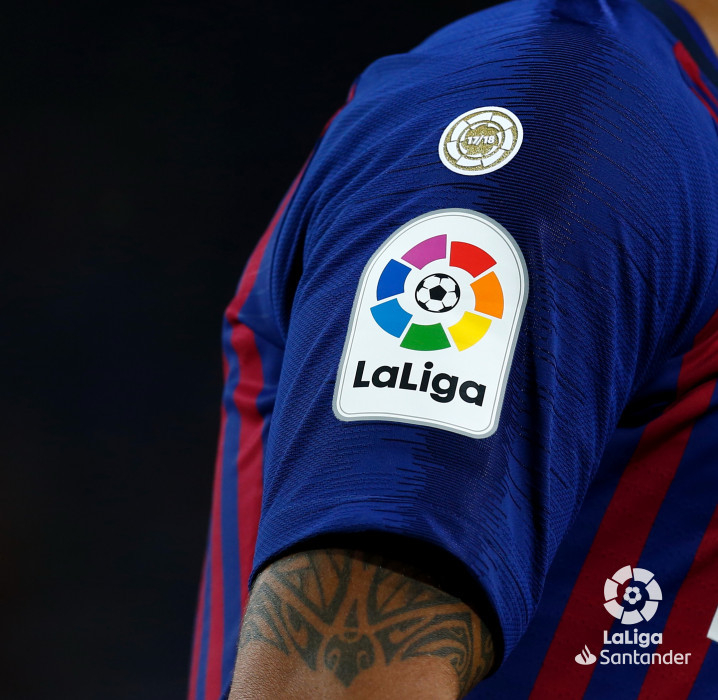 A badge on the shirt of LaLiga Santander’s champions was introduced to give more prestige, if that were possible, to the jersey of the winners of the world’s best competition.

The new addition is shaped like a heartbeat, is 3.5cm in diameter, with the title-winning season inscribed within and it is located on the right sleeve of the jersey, which in this case belongs to FC Barcelona, the first club in history to wear this new patch.

The Blaugrana, who have won seven of the last 10 league titles, debuted their distinctive new badge in their opening clash with Deportivo Alaves.

Lionel Messi, Philippe Coutinho, Gerard Pique and co had on their kits one more reason to be proud and gave Barcelona fans the chance to own a collector’s item.

“This was introduced to value the quality, dedication and perseverance that is needed to win the best league in the world,” explained Enrique Moreno, global brand director of LaLiga.

“The idea arose as part of our new global brand plan, which seeks to reinforce the excellence and prestige of LaLiga.

“The ‘beat’ is the heart of our new corporate identity and, like all hearts, it beats, with a passion for football and the design  also shows our commitment to excellence.”

For the club themselves who have had it added to their sleeves, they are proud to display the heartbeat.

“Barcelona have made us aware of the pride that they have in wearing this distinctive mark of champions and have developed a special campaign to communicate it to the public,” Moreno added.

“Some of the content published which displays the new patch already has millions of views on social media.

“Together with the club, Nike have also informed us of their happiness with the interest and high demand that the new badge has generated and fans are proud to have it be part of their jersey.”

The badge, which is available in official FC Barcelona stores to add to jerseys which are purchased, will give the winner of each subsequent edition of LaLiga Santander another reason to wear their jersey with pride as defending champions.

It is another excellent idea for LaLiga to continue to grow as a worldwide benchmark along with its clubs.