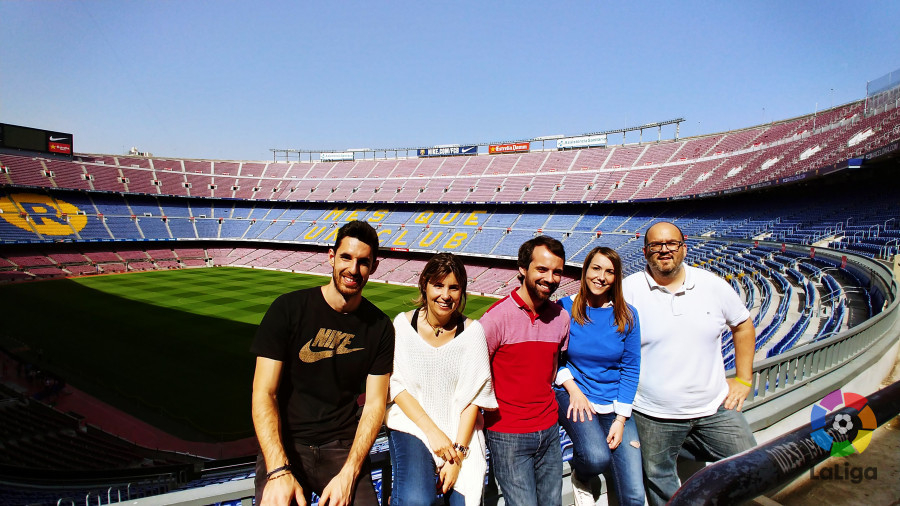 A day in the life of FC Barcelona’s digital team

That isn’t a result of chance or coincidence either.

However, the extraordinary data, with more than seven million interactions from game content, is down to meticulous planning and plenty of creativity.

The Social Media team at the Blaugrana, led by Albert Arias, works closely with the Digital Content team, overseen by David Saura, and both also remain in close contact with the Marketing, Sponsorship and Commercial sections of the club.

Each week, the challenges, aims and objectives on the website, video and social media are proposed in order to gain maximum interaction and traction with the club’s supporters.

Everything is customised for each particular platform and language with unique care given to each channel.

“We are focused on producing content that is global, shareable and also adaptable for mobile [devices],” is the mantra from those who are responsible for the delivery of the content.

“We plan ahead and decide on what will work best and look at the special moments that could take place (such as a record being broken or a debut).

“Anything that we can use from the past to help is also looked at and we try to create as much content beforehand in order to help connect emotionally with the fans.”

Interaction with fans is an important performance indicator for those in charge of the club’s social media.

To maintain that level of engagement which can generate a staggering 21 million interactions on a good day, such as the Clasico victory in the first round of league action, everyone adheres to the same slogan: conveying emotion.

Beyond the minute-by-minute coverage that takes up the in-game production, there is also content that brings the emotional experience closer to the supporters and inspires them to interact.

“The less official the message is, the more natural the connection with the fans is,” the digital team stress.

“That same approach is used to give qualitative visibility to sponsors, adapting the story to the specific channel and platform.”

At each game, one member of the team will work from pitch side and is in direct contact with the first team, co-ordinating with the media section whose mission is to ‘bring a more panoramic vision’ of the action.

They will also monitor what is being discussed across social media in order to find the best way to execute their content.

Statistics, photograph, videos, gifs and graphics are all prepared and ready to be utilised on the precise channel at the perfect moment.

Facebook and Instagram are perceived as more visual outlets for the club to interact with fans, while Twitter (which they have nine separate accounts on) and Instagram Stories are emerging as ‘more specific channels to bring matches to life in real time and in a more immediate and engaging way’.

FC Barcelona have managed to bring fans closer to the club and the Blaugrana world, regardless of what corner of the planet they live in.

The sporting talents at the club need no introduction but the influence of their digital media teams also merit credit.