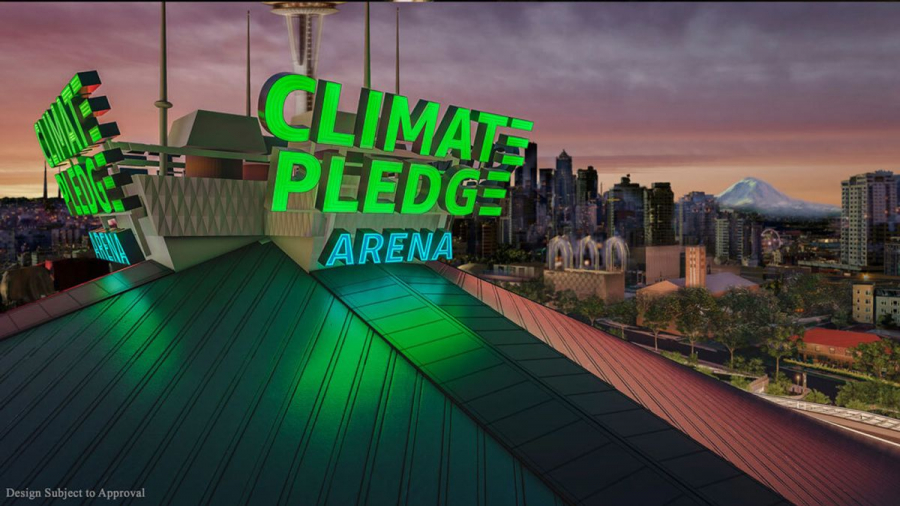 Amazon buys naming rights to new Seattle arena that does not include their name!

The arena will be powered 100% by renewable electricity

Traditionally, naming rights agreements implied that a company saw great value in attaching a brand name to a stadium, arena or theater by calculating how many impressions they would receive multiplied by a monetary figure (that is often based on traditional advertising rates).  Sometimes, companies that have headquarters in a market will attach their name to a venue as a way of expressing community goodwill.  However, over time, the value of pure impressions declines, especially with big brands that have well-established recognition and recall.

Amazon, based in Seattle, home of the NHL expansion Kraken (who don’t play their first game until Fall, 2021), hardly needs brand recognition.  However, the company has a strong commitment to countering the global climate crisis, both for business and altruistic reasons, having pledged to become net carbon neutral by 2040.  So, instead of using their own brand, they are paying big money (published reports speculate the price is between $300-400 million over 20 years!), they chose to call the new 18,100-seat indoor arena, which is costing $930 million, Climate Pledge Arena.  Amazon is using their muscle to promote their values, and educating the public – quite a departure from the traditional definition of “naming rights.”  Read more HERE.